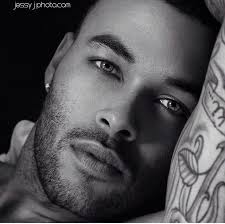 Babe Of The Week- Don Benjamin

Don Benjamin, 25, is a babe across the board! He hails from the south side of Chicago but moved to L.A. in 2005 to pursue his career. He has modeled for Guess, Moods of Norway, Tilly’s, Pink Dolphin and more! He was a finalist on the 2013 season of America’s Next Top Model and rightfully so. Not only does he look good but as an artist, he’s pretty dope as well. He recently dropped his single “Across The Sky” Ft. Nikki Flores. That single had TV placements all over the place including various MTV shows. I was put on to him by the owner of Infatue Clothing- before that I hadn’t really heard of him, although I’m sure I had seen him. Don is covered in tattoos and has those piercing eyes that can make any woman (or man!) melt! He is a babe for sure. Besure to look out for the release of his upcoming album.