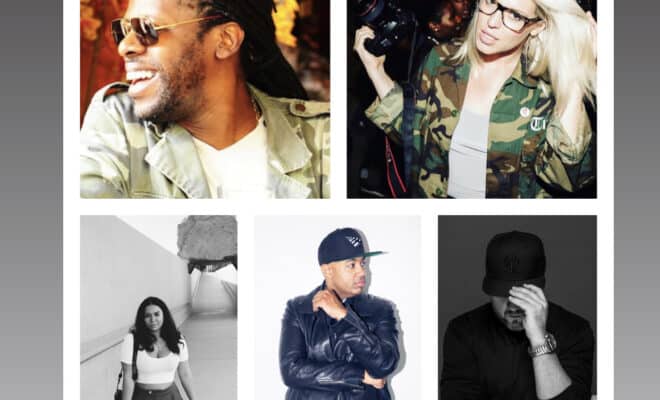 GIVE THE PHOTOGRAPHERS SOME!

I love hip-hop and I love photography so this list is a no-brainer if you do too!

From album covers, private parties, studio sessions, concerts, festivals and more, these photo talents are a few of my favorite people I follow on Instagram. They provide a behind the scenes and up close look at some of our favorite people in the game! If you are not following these photographers, you need to be!

In no particular order, lets get to it…

Chi Modu is your 90’s era photographer legend! He has some of the most memorable photos of the late and great Tupac Shakur, Eazy E and The Notorious BIG.

He held it down for a lot of legends when they started in the game including The Wutang Clan, Snoop Dogg, Junior Mafia, Nas, Mobb Deep and SO many more!

Also known as Lenny S. (Lenny Santiago), this talent goes far beyond the camera, he’s the SVP of Roc Nation. No big deal.

The Bronx native has been in the industry since the beginning of Bad Boy. In fact, he left Puff to go work with Hov for the beginning of Roc-A-Fella/Roc Nation. Lenny has now been working alongside Hov for over 20 years.

His catalog of photos are a pristine gallery of hip-hop royalty and hustlers. From Nipsey Hussle to DJ Khaled and everyone in between.

Concerts, festivals, private parties, award shows- she is EVERYWHERE! Her catalog also includes some of my personal favorite pictures of Nipsey.

Raven Varona is the coolest. I’m a fan girl to the max! When you’re basically an on-call photographer for Beyonce and Jay-Z, yep, you ARE the coolest.

NYC based but world traveled, Ravie B has a catalog full of private moments of The Carters, the Grammy’s, studio sessions with Young Guru, Nike campaigns and Canon collabs! Don’t sleep on this incredible woman!

Another HUGE catalog coming from the 90’s era is Jonathan Mannion. Some of our favorite album covers has been created by this man. DMX’s ‘Flesh of My Flesh, Blood of My Blood’ cover to Jay-Z’s 1996 debut album cover, ‘Reasonable Doubt,’ Jonathan has credits on over 300 album covers!

His work is full of just about every legend in the game! Lauryn Hill, Ruff Ryders, Outkast, E-40, Aaliyah The Game, Fabolous and so many more!