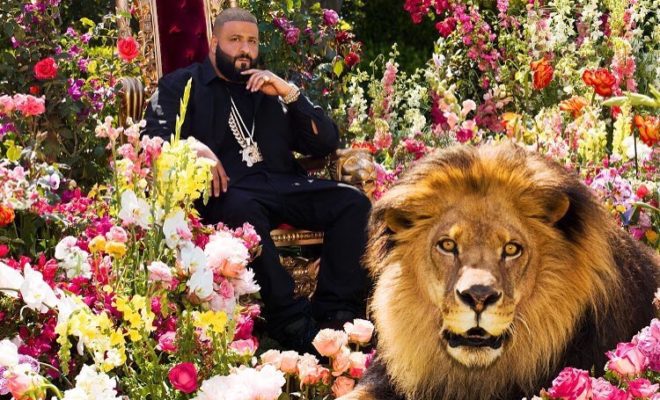 DJ Khaled just dropped his 9th studio album, Major Key. The anticipation for this project has been growing for awhile now and to be honest, it was worth the wait! We do have some new anthems off this one to push us through the 3rd and 4th quarter of 2016. The feature lineup on this album is HUGE! Khaled of course is the master of the ceremony, hype man AND executive producer but the project also features Jay-Z, Lil Wayne, Future, 2 Chainz, Bryson Tiller, J Cole, Kendrick Lamar, Drake, Big Sean, Wale, YG, Rick Ross, Nas, Wiz Khalifa, Kodak Black, Jadakiss, Fabolous, Busta Rhymes, Gucci Mane, Yo Gotti and even a few more. SO basically everyone on this thing!

After listening through the project a few times, I’ve definitely found my favorite tracks off the album. The songs I think deserve to hit the airwaves, get plays in the club and get those play backs!

5) “Work For It” Featuring Gucci Mane, 2 Chainz and Big Sean | This track just GOES! It’s catchy. The beat is fun and the vibe is smooth. Mostly though, GUCCI MANE.

4) “Don’t Ever Play Yourself” Featuring Jadakiss, Fabolous, Fat Joe, Busta Rhymes and Kent Jones | This one is so New York, especially with the bars from 2 of the best- Jadakiss and Fabolous. Nothing but punchlines, metaphors and BARS! Run this one back a couple times!

3) “Jermaine’s Interlude” Featuring J Cole | J Cole is an artist who can really paint a picture for you. Nothing but damn bars from Cole on this one and it’s refreshing to hear hip-hop live through this emcee. Passion in these flows. Salute!

2) “Nas Album Done” Featuring Nas | So, is Nas’ new album done or nah? Nas reminds us all why he’s ESCO. Why he’s iLLmatic, a trend setter and still one of the best emcees to pick up a mic. MAJOR KEY! Run it back!

1) “Holy Key” Featuring Big Sean and Kendrick Lamar | This track is so relevant. Big Sean definitely goes off regarding racial/police issues, it’s necessary. It’s good these artists use their voices and platforms to address issues in our communities. Now, Kendrick is consistent with this as well. His verse on this one is no different. Bars on bars.

Make sure you check out these tracks and the rest of the album! Major Key now available on iTunes!