Big K.R.I.T. has definitely had an eventful day and has brought us along for the ride with him. In a unique rollout out freestyles today, a new freestyle every hour 12pm to 12am, Big K.R.I.T. put it all out there and after the last release, took to Twitter to announce he’s no longer with Def Jam.

K.R.I.T. created a major buzz for himself 5 years ago which lead to his deal with Def Jam. Under the label, the Mississippi emcee released 2 major albums, Live From The Underground and Cadillactica.

Looks like K.R.I.T. is ready to do things his way and continue his career as an independent artist. This seems to be a successful trend these days and with a solid fanbase, we are looking forward to what’s to come!

Check out the tweets from Big K.R.I.T. and his 12 new freestyles… 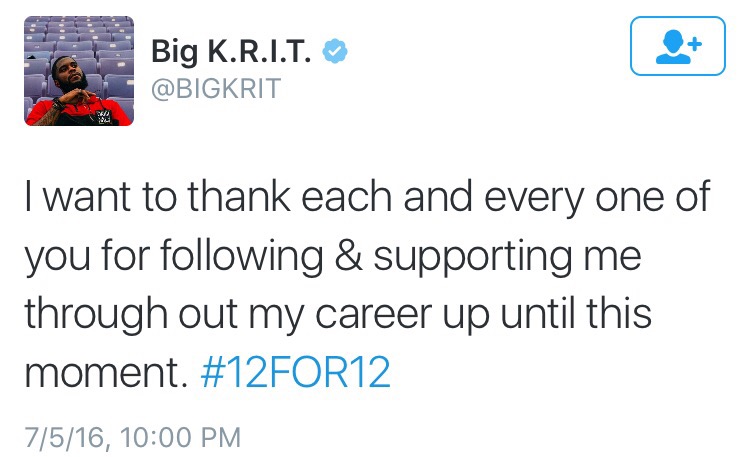 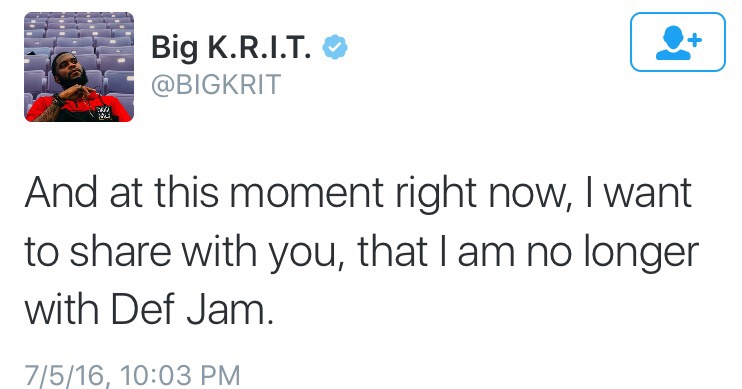