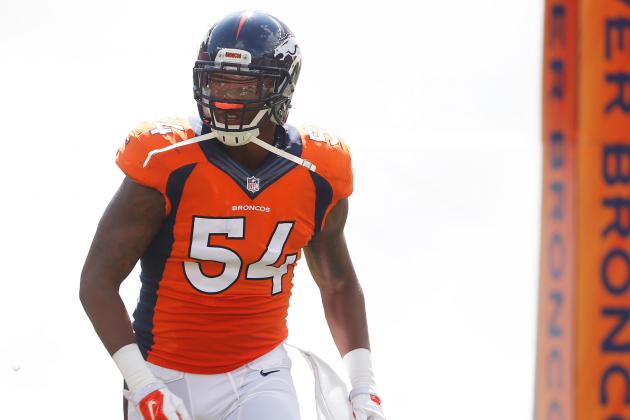 Brandon Marshall Talks Having His Own Day, And A Dance Battle Between Him And Odell

Sunday night Brandon Marshall and No Fly Entertainment held a Superbowl ring ceremony party at the popular Epernay nightclub in  downtown Denver. But before the exciting events happened I was able to sit down with Brandon Marshall himself , and ask him a few questions about his day in North Las Vegas , his summer playlist and his dancing skills.

You have a day named after you so how does that feel :

Its crazy. I was actually really surprised when that happened.  I mean its almost like surreal to be honest with you so its kind of dope…IT IS dope so every year I know June 10th is my day .No matter where I’m at in the world even if I’m not in Vegas I’m going to have some fun.

I saw that you had a camp this weekend and the turn out was 180 kids.

It was crazy. It was my first time , you know and a bunch of kids came out, a bunch of  support I had a bunch of people help out with  administration  and everything like that and for my first camp  I think that was a great turn out, you know I mean I’m actually planning on doing that every year. It was great, the kids loved it they  had fun , they got a good workout in and they got to play a little seven on seven football.

What is something you would tell the younger generation when it comes to chasing your dreams?

I would definitely  tell them that perseverance is key because a lot of times its not going to be easy and everything is not going to go as planned or how you want it . Its not about how you get knocked down but how you get back up , because you will get knocked down , you will face these hurdles . I would definitely tell them that  to keep pushing , keep believing and keep fighting keep that drive because in the end it will pay off .

Who is on your turn up playlist for the summer?

Do you think you could beat Odell Beckham in  a dance battle?

Naw man..( laughter breaks out) that dude practices dancing all day everyday it seems like , there is no way i will be able to beat him .

After the interview the celebration started  at Epernay and only went up from there. Dj Hollywood Cook and KDJ Above  started the vibe with the music, the Broncos continued it with the random champagne showers , and the cash throwing. Even when the club was trying to close the Broncos kept it going for a extra hour. I have described this awesome celebration the best I can and if you missed it I’m sorry, try again next year when the Broncos win a Superbowl.

**** Brandon Marshall’s signed a  extension that is  worth $32 million, with $20 million in guarantees, per a source informed of the deal. The extension, keeps Marshall in Denver through 2020