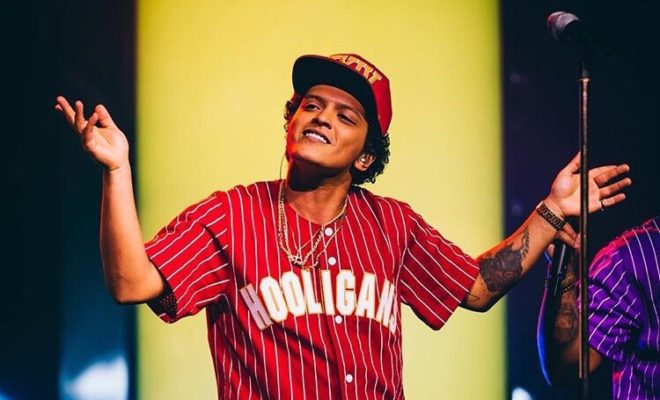 Bruno Mars Tweets About Taking 24k Magic Back On Tour! Says He Hasn’t Forgot About Denver!

After the HUGE success of 24k Magic at the Grammy’s, this makes so much sense! Bruno Mars created an incredible album with 24k Magic and it looks like he’s going to give the fans another U.S. Tour! AND, possibly bring Cardi B with him!

Bruno took to Twitter to kind of announce this and said he’s “doing it” and an announcement should be coming today. He also made sure to mention Denver, CO saying he didn’t forget about the Mile High City. Bruno was scheduled to perform at the Pepsi Center in fall 2017 but the show was cancelled. Looks like he will be coming on this second tour run! 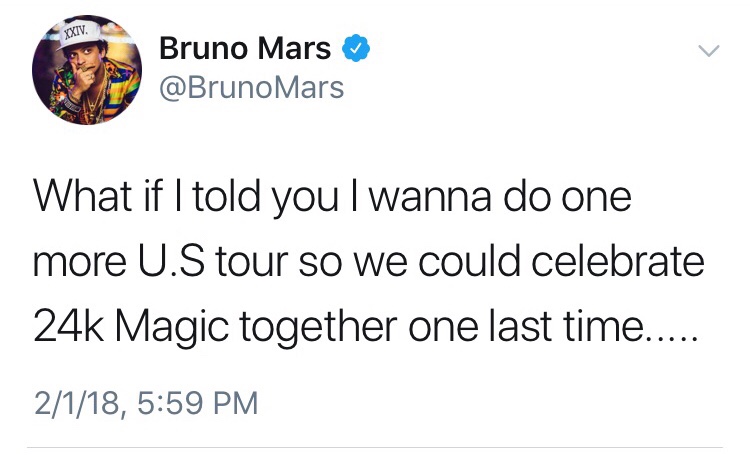 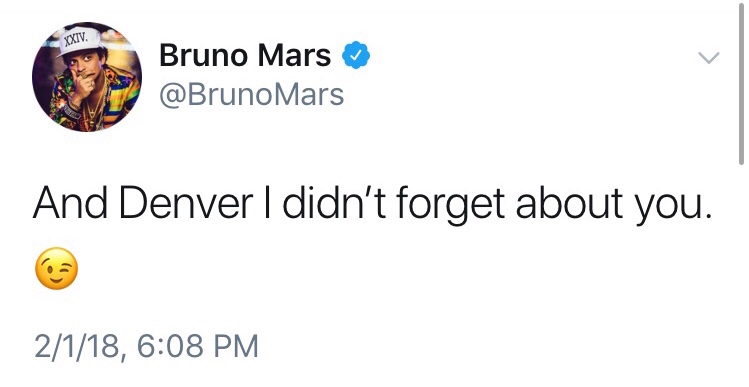 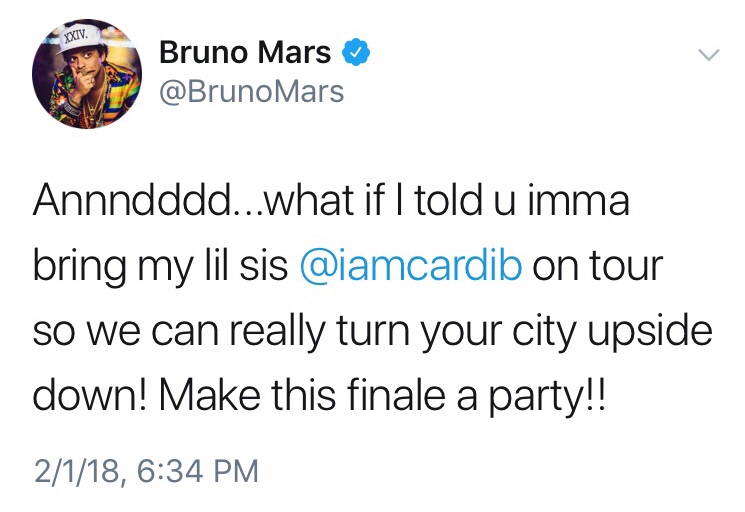 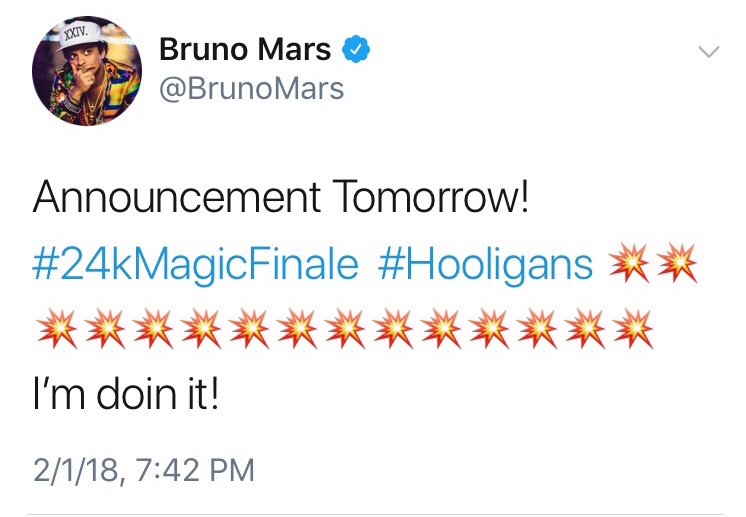