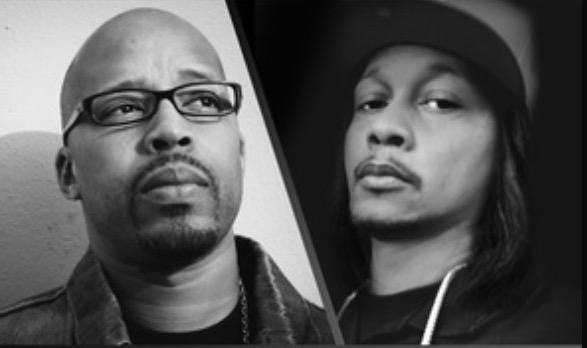 The hip-hop shows just keep hitting Denver! This one I was excited for. Warren G and DJ Quik are, without a doubt, two pioneers of west coast hip-hop. This show was for the fans and the fans showed up!

DJ Quik wasted no time and hit the stage right away. He had his hair braided back, was dressed simple and had his charisma turned on for sure. First song he performed was “Sweet Black P*ssy,” the crowd was loving the throwback and the ladies were singing along having a blast. Quik brought that old school, west coast flare and he sounded clear and consistent on the mic.

Quik moved into a newer song and one of my favorites, “Can U Werk Wit Dat.” He was extra swagged out for this one, dancing around the stage and having a great time. The ladies loved every minute of it. He moved from performing a song then on the tables to drop sounds. Obviously, that was an easy and fun transition for him- he was putting on a show for Denver, no doubt. Quik addressed the crowd saying how much he loves the Mile High City, complementing the weed and even saying he wants to buy a house here one day. Quik was showing a lot of love to Denver, even replacing named cities with “Denver” in songs he was performing. The performance of “Dollaz + Sense” was a crowd favorite for sure.

Quik was enjoying his time on stage, keeping a blunt lit at all times, throwing cash into the crowd, popping a bottle of champagne and spraying the crowd with it. And if that wasn’t enough, Quik even walked down into the crowd to perform TWO songs! Of course, security was there and guided his way through the crowd, but that was exceptionally dope and I loved that. Overall, Quik put on a fantastic performance! I was digging every minute of it!

Warren G then hit the stage looking as classic as he is. Jumping right in to it, “It’s kinda easy when your listening to the G-dub sound, pioneer speakers bumpin’ as I smoke on a pound…” and the crowd went crazy, singing along every lyric. “This DJ” is a classic song, everyone knows that one so it was fun. Warren G was moving at a slower pace than Quik but it didn’t matter. He has too many great songs and the crowd was hyped! He performed and gave props- of course to Nate Dogg and then addressing the fans celebrating birthdays in the crowd.

When the intro started for “Regulators,” concert-goers went crazy screaming! Clearly this was the song the crowd was waiting for. Everyone was singing along to it and the energy was so fun! Warren G sounded great, looked great and put on a good show for Denver- he showed a lot of love for Colorado. It’s always respected when artists are personable and specific when they show love to cities where their visiting/performing.

The night was fun and full of hip-hop classics. Nothing short of another DOPE hip-hop show in Denver! Check out the photos below …