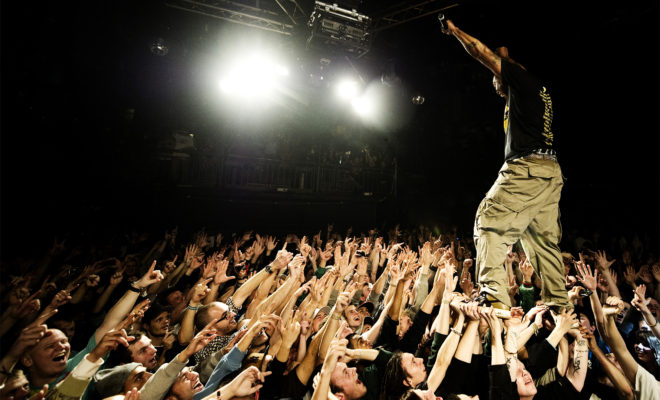 That crowd walking though.

Last night in Denver, I caught the Tory Lanez show at The Gothic Theater. This was my second time seeing him live. The show was very dope! Tory Lanez brings crazy energy and puts on a super good show! And by now, he’s getting known for crowd walking during his live show. He even makes his way (via walking on the crowds hands) to the balcony and performs the whole time- very dope!

So, as we are watching Tory do this, I hear a fellow concert-goer say “Holy Shit! He’s straight up walking on the crowd!” Which yes, he was and it was SO dope! But here’s the thing …

By now, most people know that Method Man is a very good friend of mine. I have been attending him and Redman’s live shows now for about 10 years and I’ve lost count of how many shows I have actually attended. Now, Method Man is insane live! He’s been putting on for crowds over 20 years. And I have to point out that Method Man was one of, if not the FIRST, artist in hip-hop to CROWD WALK at his live shows! Mef has been doing this for YEARS! It’s something the crowd looks forward to every time he hits a stage.

So, although Tory Lanez is DOPE as hell for the live performance and the crowd walking, I just want it to be known amongst some of the younger crowds that Method Man did it first! *Wink*