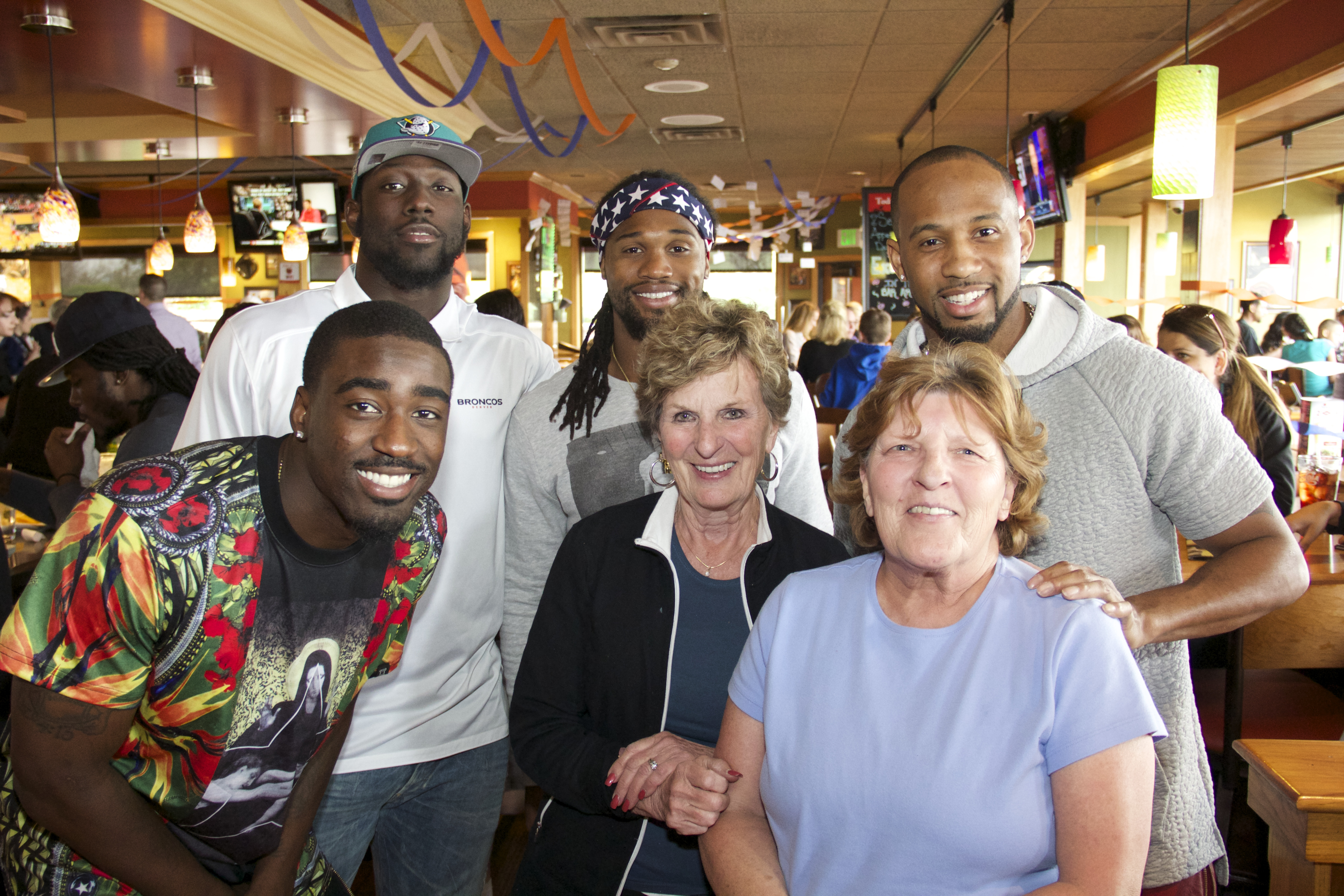 When you’re in a position to give back and make a difference, do it! For some, giving back to the community is second nature and a priority! When I asked a few of the Denver Broncos to get involved with the “Bee A Sucker For Kids” Charity Event (in partnership with Applebee’s Westminster), there was no hesitation! Saturday April 25th at the Applebee’s Bar & Grill in Westminster, CO, we had players in the restaurant as guest servers/bartenders and it went better than expected! Omar Bolden, Nate Palmer, Lamin Barrow and Kayvon Webster showed up ready to make a difference! Omar was serving drinks behind the bar and having a blast! Kayvon was at the front door greeting customers and fans as they came in, opening the door for them and getting them seated at their table. Lamin was working alongside a server and took it upon himself to sit down at every table and talk with the customers and bring in the donations! Nate was also working alongside a server and even started a “Happy Birthday” song for an elderly woman celebrating her birthday! All the kids were having so much fun decked out in their broncos gear and getting free glitter tattoos (Thank you Nakira!). In addition to all of that, these guys took a ton of pictures and signed every requested autograph! Talking with the customers and fans about the upcoming season and work-out routines. Everyone was thrilled to have such a great group of guys involved for such a great cause. People had a blast that afternoon! Even one staff member said “This was by far the BEST shift I’ve ever worked at Applebee’s!”  In just 2 hours, we raised $850 in donations for The Tennyson Center! So, thank you to everyone that came out that day, thank you to the Denver Broncos players and to the staff at Applebee’s who worked so enthusiastically that day! You are all the BEST! Lets do it again soon![Best_Wordpress_Gallery id=”30″ gal_title=”Charity Event 4/25″]