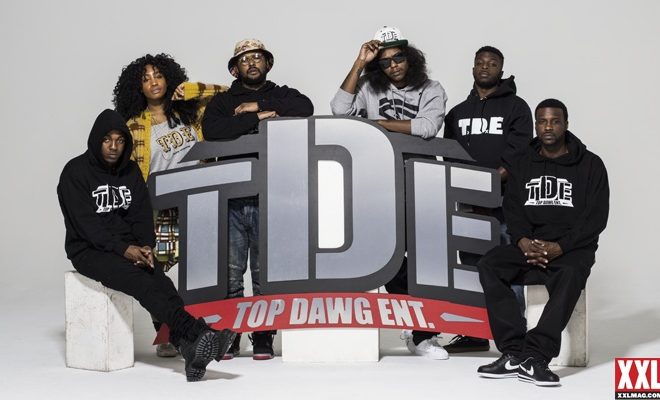 Did A TDE Tour Just Get Confirmed?!

This would be amazing and epic and legendary! With the TDE collective working hard and upcoming projects on its way from Schoolboy Q (Blank Face July 8th), Ab Soul, SZA and Isaiah Rashad, it looks like a full on TDE tour may be in the works after all projects drop! Of course, Kendrick Lamar already dropped his Untitled album earlier this as well.

But, did a TDE tour ALREADY get confirmed? The CEO of TDE, Anthony “Top Dawg” Tiffith, gave us all high hopes in response to a fan question on Twitter. Someone asked “Once everyone drops their album we getting a TDE tour?” Top Dawg’s response was “yep..”

We are hoping this is really in the works! The tour would most likely include not only the forerunners of TDE but Jay Rock and newly signed Lance Skiiwalker as well! 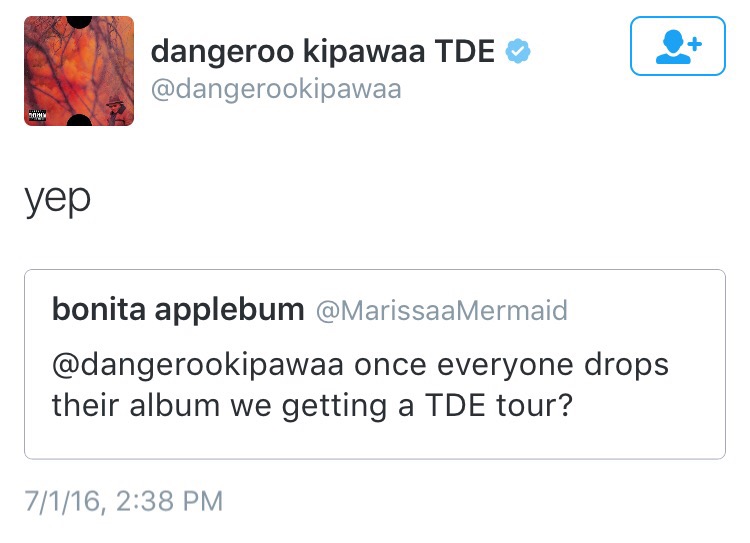