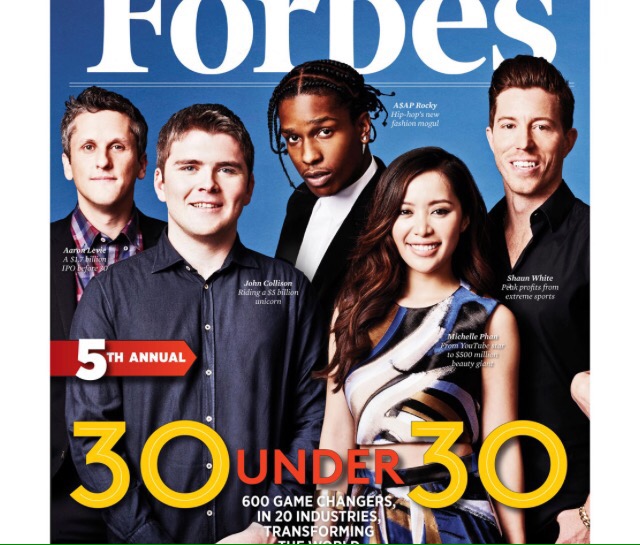 In the 2016 issues of Forbes Magazines 30 Under 30 list, you will see a couple major people in Hip-Hop! A$AP Rocky, TDE’s Dave Free and producer Metro Boomin.

A$AP Rocky was listed not only for his massive numbers and contribution to today’s hip-hop and the success of A$AP Mob but for his cross over into the fashion world. Credited for his DKNY and Guess campaigns, there’s no doubt Rocky has smoothly transitioned into fashion but successfully as well.

Dave Free, of Top Dawg Entertainment, is manager of Kendrick Lamar. Kendrick has been referred (in Forbes) as the best artist to come out of the West Coast since Tupac. Dave Free met Kendrick in high school at the young age of 16. From there they would become friends and work together with Dave as his manager. They put in years of hard work and eventually Kendrick inked a deal with Aftermath/Interscope and went on to win Grammys!

Metro Boomin has exploded as a known producer! His hot tracks with Furure and Drake have made his name know in the industry and created his fan base even larger. A mention in the 30 Under 30 list is a huge honor and I’m sure we can keep Metro Boomin on the radar and definitely expect more hits!