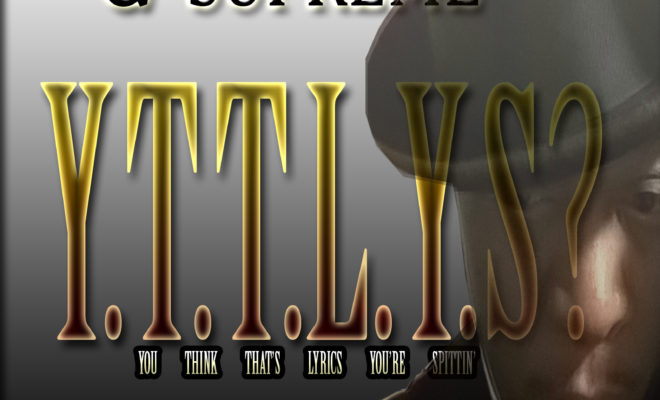 G-Supreme’s latest album “YTTLYS” (You Think That’s Lyrics You Spitting) continues to climb indie charts. Supreme takes listeners on a nostalgic journey back to an era of thriving Hip-Hop.

The lyrical trailblazer delivers an album brimming with thought provoking lyricism and cultivated punchlines. The OG emcee doesn’t skip a beat and flows effortlessly over old school, knocking production. Stream “YTTLYS” above and watch “What You Spittin” below.

G-Supreme began his career early on at the age of 12 and landed his first deal with B-Boy Records.  From then on, he continued to produce, create music, and perform with group members of Da Phat and Mental Men. His solo catalog of music includes “Preme Being”, “Sick Sense”, and “Sooth Spitta.”