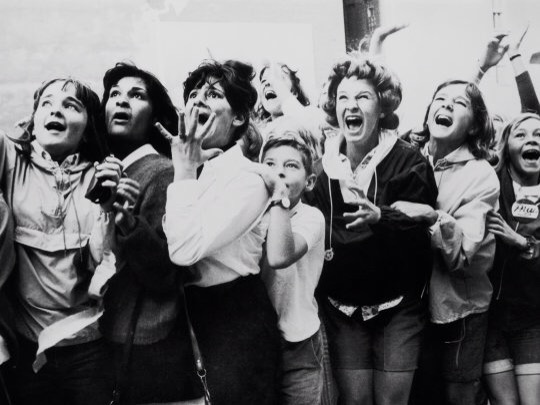 How Groupies Ruin It For Everyone

This might offend a few people but talking about it and addressing the problem is the first step, right?

I have some pretty cool friends. They’re what I like to call “popular.”
Some are athletes, famous rappers, promoters and so forth. Being around my friends in their work place or out in a club/bar, I’ve seen the groupies in full force. Let’s also be clear, groupies are not just women, but men too. Some of the men are far worse than the women.

With that said, let’s talk about the different types of groupies. The “Fan Groupie” are the people that are mega fans and want to tell you over and over how much they love your work, your songs, your skills, etc. There really isn’t anything wrong with this except the excessive aggression the “fan groupies” have in expressing this. Then we have the “Shy Groupie” who literally just wants to be next to popular, famous people. They might not say much but they will push though people just to get a glimpse or the chance the be seen next to famous people. The most popular type would be what I call, the “Certified Groupie.” There is no way around this, these men and women certified, professional groupies. They usually have 1 intent- to have sex with the popular people. Plain and simple, they will do it all for one night with their favorite athlete or artist. If I really wanted to add a couple more types, I could, but I think these 3 types sum it up fairly well.

With all that said, here is how groupies ruin it for everyone- including the person they’re after. Groupies don’t typically know how to act. They don’t know how to “play it cool.” Their infatuation and desperation is written all over their face. The groupies hawk and stalk the popular people- whether in a restaurant, club, or store. The groupies crowd the popular people making it SO uncomfortable for them to move naturally and have fun. They become annoyed, frustrated and creeped out. Nobody has as much fun as they could be having. Everyone in the place is affected by the aggressive nature of groupies. The flow gets clogged and the conversation becomes annoyed complaints.

If the groupies could learn how to carry themselves, it would benefit everyone. These artists, athletes and whoever else, are just regular ass people like the rest of the world- they just happen to have really cool jobs. Some famous people do thrive off the groupies and let the attention they receive feed their egos. I don’t deal with arrogant people so I literally don’t address them, associate with them or care. Groupies care though. They care a lot and they carry that flag very well.

When all is said and done, groupies do the most. They are completely extra with everything they do and how they act around famous people. They don’t realize how uncomfortable they make not only the famous people but everyone else in the room. Most of the time, the groupies are just ruining it for everyone but the fact is, they’ll never go away. There will always be groupies. Here’s to hoping they learn some class and keep it cool for everyone in the room!