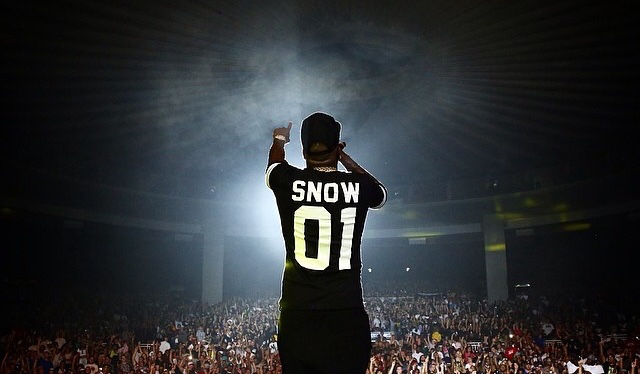 Jeezy’s “Seen It All” In Denver: Show Review

There are two things very clear at a Jeezy show- Jeezy loves the hood and the hood loves him back! The Denver stop for the 35 city “Seen It All” Tour was nothing short of a great night- as expected. Denver was the 29th stop on the tour.

Opening for Jeezy was Denver’s own DJ TopShelf. Although I missed his set, I have zero doubt that he put on for the city. DJ TopShelf is one of the most loved and respected DJ’s in Denver.

The stage set up for Jeezy was good. Three full screens playing graphics, lights and lasers that almost blinded you too! The DJ was set up high behind the middle screen over looking the stage and into the full crowd. The Ogden was packed and ready for the Snowman!

Jeezy hit the stage in all black, a snap back, a big black winter coat and, of course, a couple chains that you couldn’t miss. The shine coming from his watch was hard to miss too! His opening song was “Me Ok.” The crowd responded well although I can’t help but feel his entrance into the night could have been a little more turned up.

Jeezy went on to perform hits dating back to 2004. You all know how much I love those throwbacks! This was my favorite part of the show, any of his throwback songs had me singing along to every lyrics while jumping & throwing my hands. Songs like “Get Ta Mind Right,” “Go Crazy,” “Dem Boyz,” “I Luv It,” and so many more! Of course he had to show the ladies in the crowd some love, too! “Where my day one bitches at?!” He hollered at the crowd and then “Can’t Leave You Alone” (his feature with Neyo) dropped. The ladies were loving that!

A few times Jeezy would spit verses from different songs accapella and have the crowd participate and finish the lyrics. This was very cool. Having the crowd scream your lyrics while there is no music is a dope way to see how many fans you have in the building. The house was full of them.

Jeezy took a considerable amount of time talking to the crowd, encouraging the fans:

“Man, I’ll never forget performing in Denver on the Wiz tour (Under The Influence Tour). Ya’ll showed me so much love, I was confused!”

“10 years ago, 10 YEARS, I took a 50 pack & flipped it a billion times to make it right here on this stage with u tonight, Denver”

From this, the “Thug Motivation” came. The crowd went crazy for his classic tracks “Go Getta,” “And Then What” and “Air Forces.”

Jeezy took another minute to address the crowd..
“If your dreams don’t scare you then you ain’t dreaming big enough!” And then “Soul Survivor” dropped and the energy off that was INSANE! So many good, positive vibes and Denver was feeling all the love!

The show came to an end and instead of performing a song and stepping off the stage, Jeezy took the moment to show love to Mike Brown (RIP) and all the other innocent lives lost. He asked the crowd to throw their hands up in support of the “Hands Up, Don’t Shoot” movement as his crew took the picture of Jeezy with the Denver crowd.

The show was great! I especially loved the way Jeezy spoke
to and encouraged the crowd. The Snowman has a lot of love for Denver and there’s no question how much Denver loves him back! 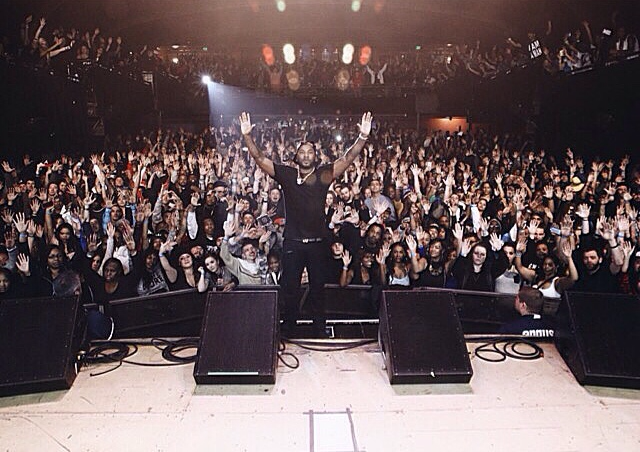