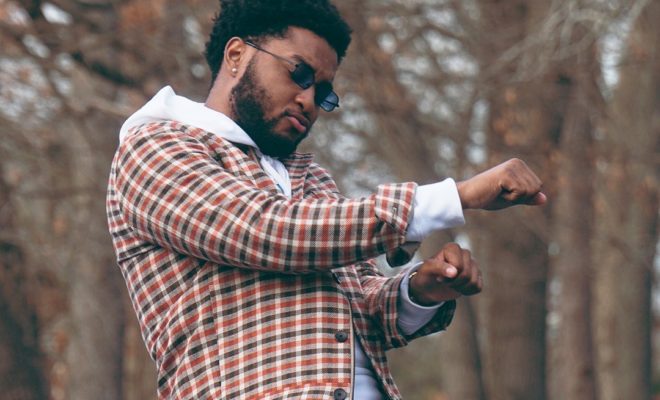 Washington D.C. native Fat Eric partners with Tae Moneybagz, aka Big Gordo for a hustle and passion, themed single titled “No Loiterin‘.” Modeled after the classic Jeezy and T.I. Southern rap songs of the early 2000s, this latest single emphasize the duo’s latest attempt to acquire more money and put on for their city.

Fat Eric is typically a solo dolo person on the regular, but Tae caught his eye in a different way, which led to the creation of ‘No Loiterin‘. “Originally, it was supposed to be me on the song, but since Tae and I booked the session at the same time, magic happened,” Eric said. “We matched each other’s energy, and this single came out in one take.”

Eric’s had a personal testimony about the song. Coming from D.C., and attending school at Norfolk State, he had to hustle to get where he has got to in life. His ambition has led him to build a name for himself recently. Especially with his “Something 2 Prove Freestyle, Fat Eric is a name to look out for.

“Everything you do in life, you hustle to make something out of nothing,” he said. “Setting goals, knocking them out, and making bigger goals is what life is about.”

With all of the commotion going happening currently due to COVID-19, Fat Eric is not letting his gas foot off the pedal. To support his mission of hustling, ‘No Loiterin’ is available to stream on all digital streaming platforms.