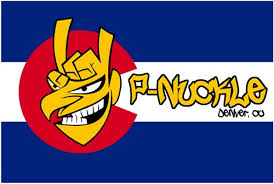 P-Nuckle LIVE! at The Gothic Theater

Sometimes the moment of clarity becomes something continual, rather than an instant. ForDenver rock reggae/ska outfit, P-Nuckle, that evolution is about to be more apparent than ever. A matured sense of lucidity, coupled with the experience of a musical career spanning over a decade, has the group poised and ready for national ascent. Known for a dedicated passion for delivering messages of hope and triumph over adversity has allowed the band to cultivate an extremely loyal fanbase; one that is sure to grow with the release of the band’s fourth studio album, “Stand Up and Bitch”. Slotted for a release this fall, the album will give fans a direct glimpse of a full-grown set of ideals from one ofColorado’s most recognized bands. With eclectic musical influences ranging from Dancehall Reggae to straight ahead punk rock, P-Nuckle has always created a memorable live experience. While their next album may be a bit more mature, don’t expect any less intense of a live show. The band is ready to celebrate the journey that has created this album with a beefed up tour schedule. The national P-Nuckle family of fans, affectionately known as “Nuckleheads” will get the chance to see more of the band, then they have in the past year, and have every opportunity to be a part of the vibe of a P-Nuckle show. There are some bands that are a part of the times, and then there are some bands that create the times. Get ready for P-Nuckle!!! Purchase your tickets HERE ! 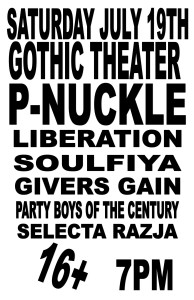