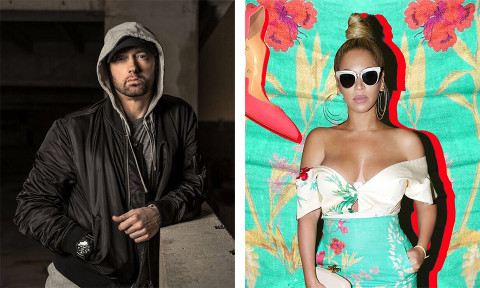 Eminem recruited Beyoncé for his newest track, ‘Walk On Water.’ The song is deep, Eminem is still reflecting on his career, his struggle with finding his place now and speaking he’s on it. Beyoncé adds the soul to this song without a doubt. It’s a good song, its open and its raw. The beat however does have a stagnant flow, there doesn’t seem to be a high moment of the song except when Beyoncé hits that chorus.

Either way, it looks like Eminem is looking to put all his thoughts and feelings out in his new music. There is said to be an album on the way and it’s also being reported that Eminem and Beyoncé will perform ‘Walk On Water’ at the MTV EMA’s.