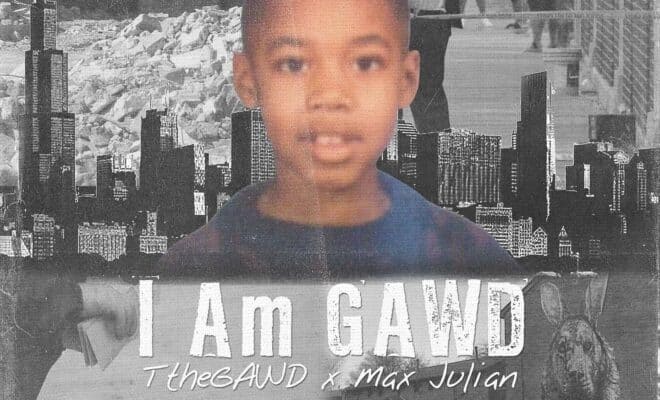 Passion, hunger, aggression, and skill; these are just a few words that might come to mind when you hear independent Chicago emcee TtheGAWD. “GAWD” is an acronym for Getting Ahead Without Devolving. With a unique baritone, agile flow, TtheGAWD has an ear for production that compliments his style. Hailing from Chicago’s now-defunct LeClaire Courts housing projects, TtheGAWD realized his love for music early on. His mother would always sing around the house and she even taught him the alphabet using notable musicians of the time: “A” is for Al B. Sure, “B” is for Bobby Brown, and so on.

After taking a step away from music for two years, TtheGAWD returns with a 12 track project, fully loaded with noteworthy Quotables and hard-hitting beats. He knew exactly what he wanted to accomplish with the I Am GAWDalbum, and alongside Chicago producer Max Julian, TtheGAWD convincingly displays the tenacity of his penmanship, his ear for solid production as well as the ability to tell engaging stories through songs. I Am GAWD is an ode to the mid to late ‘90s, grimey New York era, combined with his personal experiences growing up in Chicago’s inner city.

“I Am GAWD is for the struggling artists with all the talent in the world who just want to be heard. For the emcees and producers who are constantly told to switch their sound because this style of music is no longer profitable. For the underdog and avid Hip-Hop head in general.” — TtheGAWD

TtheGAWD set out to rediscover who he is as an emcee and artist with this album. No autotune, no formulaic song structure, and no redundant content. Just a masterful display of a level of art that’s not really being heard on a large scale from Chicago at the moment. The title says it all: I Am GAWD — which translates to “I Am Getting Ahead Without Devolving.” Meaning, he won’t compromise who he is to get where he’s going.

Stream I Am Gawd now.