Schoolboy Q Has Turned In His Latest Project To TDE! Is His Sophomore Album Dropping Soon?

It’s been about 2 years since Schoolboy Q’s debut album, Oxymoron, released. Fans are ready. Top Dawg Entertainment seems to be ready and we already have been given the first released track off the project.

Schoolboy Q took to his Instagram to let the world know he has “turned in” his album to TDE! The picture he posted shows him and his boys celebrating and on vacation. Turning in your sophomore album is for sure something to celebrate!

In early April, Q released what we think is most likely the first single off of the upcoming (and untitled) album. Check the video for “Groovy Tony!”

There is still no release date for the project (yet).

Are you excited for new music from Schoolboy Q? 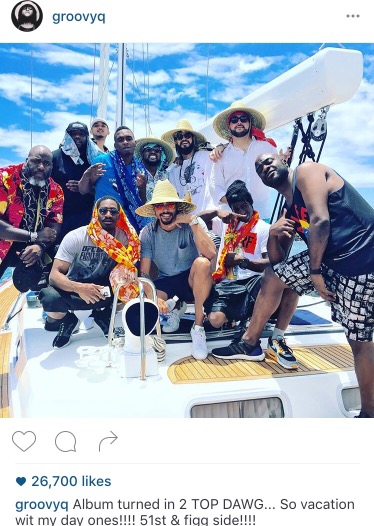