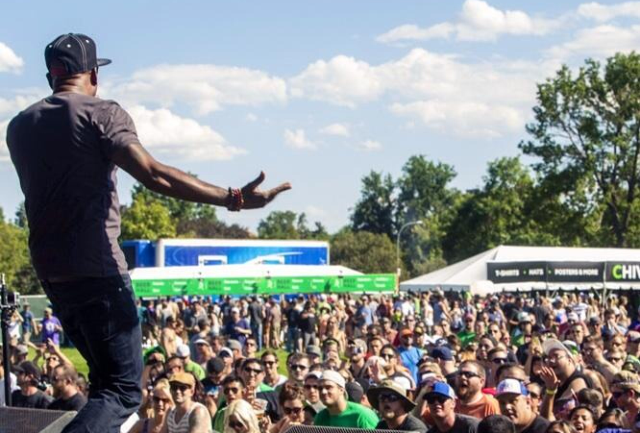 Talib Kweli Brings Hip-Hop To The Chive Festival In Denver

If Talib Kweli doesn’t cross your mind when you think of hip-hop, you may have something confused! Talib brings energy to his live shows that only an emcee can. Along side his Dj, Dj Spintelect, they put on for the Chive Festival held at City Park in Denver, CO. Of course, he brought a few of the classics during his 60 minute set- “The Blast,” “Get By,” “Lions Of Hip-Hop,” and more! He also played tracks of his newest album “Gravitas.” The crowd was full and he had a lot of fans who excitedly spit the words to the song whenever Talib held the mic to them. It was at least 90 degrees out but the gear didn’t faze him, he gave 100% as always! It was a great set! Until next time Talib! 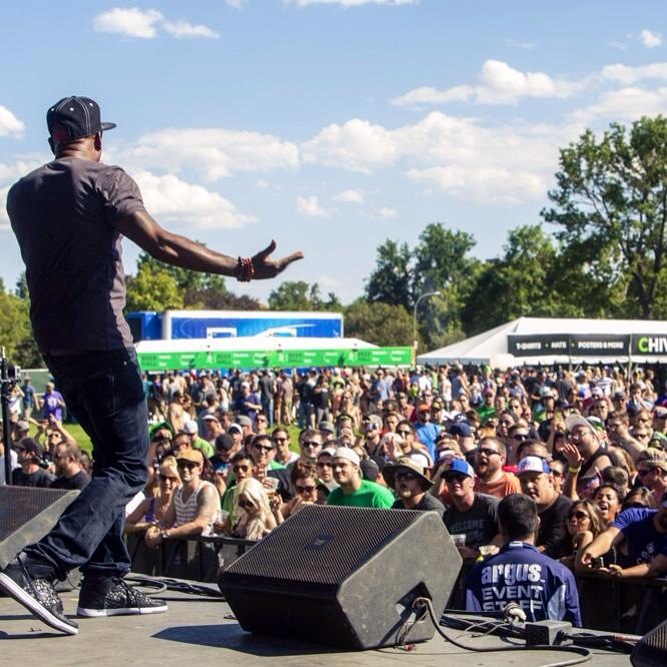