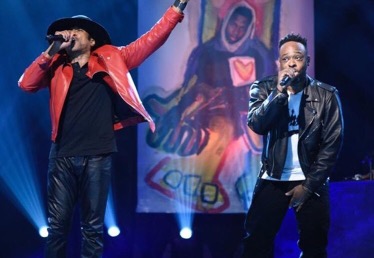 History was made last night on Saturday Night Live! A Tribe Called Quest just released their first album in 18 years as well as their last album. The first performances of songs off the new album were performed as they were the musical guest for SNL. Dave Chappelle was the episode’s host and it couldn’t have been a better fit.

Performing “We The People” first, ATCQ are forever making statements and acknowledging social issues and bring people together despite them. They also performed the album’s intro “The Space Program.” Of course, it’s incredibly tough to watch these guys do what they love all while missing the one and only Phife who passed earlier this year. A backdrop of Phife dropped from the ceiling and gave us his presence anyway. We love you Phife!