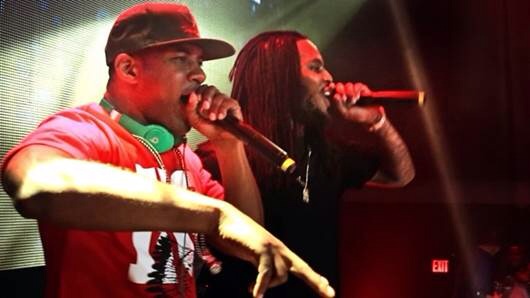 After successfully releasing I Can’t Rap: Vol. 1 (170k Downloads) with DJ Whoo Kid on July 14th, Waka Flocka and Whoo Kid now unload the visuals for the record “Trap Hop.” Being that “Trap Hop” has been one of the most requested songs on Eminem’s Shade45 (where Whoo Kid is an on-air personality), releasing an accompanying visual is elemental.

Every artist faces his critics at some point. Going into this project there were the traditional naysayers that said “Waka couldn’t rap.” This mixtape is Waka’s response with a comedic flair. Interestingly, many may not know that the original title to the mixtape was set to be I Can Trap: Vol 1. However, once Waka glanced at the title, he decided that “I Can’t Rap: Vol 1” was a better fit. Waka proves his critics wrong yet again. Waka can make anthem records that will rock any party, but there’s also space on the mixtape that allows Waka to showcase his ability to attack with intricate bars.  This is attributed to his upbringing in Southside Jamaica, Queens, also the early neighborhood home of Whoo Kid and 50 Cent..

Dan The Man was responsible for the direction of the video. Having a long working relationship with Whoo Kid allowed the shoot to go through seamlessly. Dan’s extensive catalog includes Kanye West’s “White Dress,” 50 Cent’s “The Massacre,” “Champion” with Junior Reid, Floyd Mayweather, Jadakiss, French Montana & Lloyd Banks, and the list goes on.

The video follows the stars over several amazing performances. It started in the Williamsburg neighborhood of Brooklyn with an amazing backdrop of the beautiful NYC skyline. Tracy Morgan’s son Lou happened to be in the area, so he popped through and made a quick cameo. Waka, Whoo Kid, and Dan then boarded a private G6 flight to Cleveland, OH. This is where they linked up with Machine Gun Kelly and performed in front of 15,000 attendees at EST Fest. After their 30-minute set, they darted to Hopkins International Airport where the G6 was waiting on the tarmac. There they boarded a flight to VELD Fest in Toronto. Unfortunately due to a few misplaced documents, the crew was held up in Customs causing Waka and Whoo Kidd to miss their performance. But that didn’t deter them from shutting the city down as the promoter had given them the headline performance at the official after-party. “Trap Hop” is a truly fun visual experience.