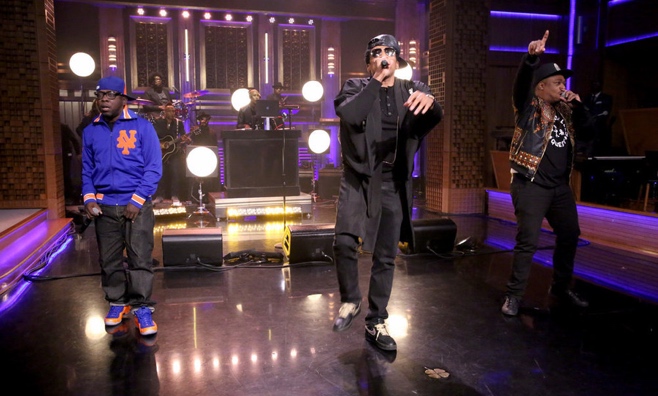 Hip-hop heads gather around, this is something to see! The legendary pioneers of the game, A Tribe Called Quest, reunited on The Jimmy Fallon show to give the world what we’ve been missing! Watch below as the group, with The Roots behind them, performs “Can I Kick It.”

We need a real reunion with new music, new shows and shit, even a tour! The group has their personal issues within the group which is why the reunion is so epic. ATCQ originally announced their break-up back in 1998 but did come back together in 2006 for a couple shows that were said to be their last. All issues aside, the big picture seems to pull these emcees back together as they have now re-released their debut album People’s Instinctive Travels and the Paths of Rhythm featuring some re-vamps and remixes.