Westword Music Showcase is known for their amazing turnout and giving the fans multiple locations along the golden triangle to see new artist. This year was my first year and boy was it very interesting,disappointing and hot. The turn out for this festival was massive . From starting at 12 pm there wasn’t  a lot of people there for the first few line ups. So I was able to check out a lot of the amazing vendors. Tried some nasty ass kale and was super hyped off of a energy tablet one vendor was giving away. But I was here to see some local music and possibly some good hip hop and rap.

I stopped by Vinyl Night club which was being promoted by Ru Johnson and she is known in town for having a big part in the hip hop and rap scene here. To my surprise I was able to catch DJ Squizzy aka winner of the Westword DJ of the year,TopShelf,Milk.WAV and DJ Chonz. After hearing these men spin I felt it was time to hit up the singers and the rappers.

I felt that since Trayce Chapman didn’t come on for some time I should check out the main stage and see what all the hype was about the artist performing. Now from 12pm to 3:30pm the outside main venue was PACKED full of people, way different compared to Vinyl. I was able to hear a little bit of HEALTH . I actually enjoyed their rock band vibe because of the people. When you see how much their fans enjoy their music you start to ride that vibe and HEALTH was a amazing first time rock band concert for me. I didn’t want to stop just there so I headed over to the other outside venue , the Mike’s Hard Lemonade stage. Brick and Mortar were LIT. The fan base for rock is super big and this indie rock band kept the fans going with their music and my favorite part was , they interacted with their fans.  After the nice dosage of rock music it was now time for me to go check out Trayce .

Unfortunately they did not perform because of technical issues. The whole block on Broadway had lost their power. After waiting for twenty minutes I called it quits and went back to the main stages outside.

Overall the experience was fun,different and something I think Denver natives should try once. The bands ranged from indie rock to hip hop. It wasn’t just a festival biased to one genre but it showed people who may be new to Denver, what makes Denver so unique. To get a look at the event check out the video above. 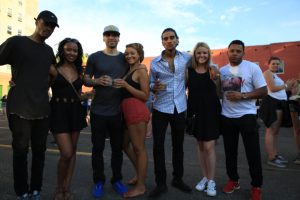 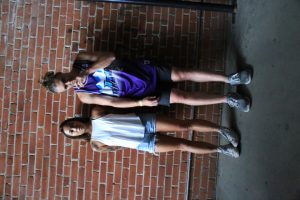 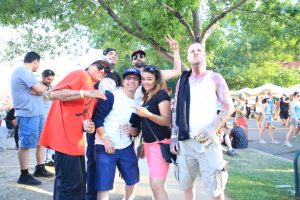 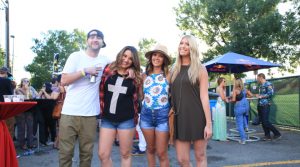