This is hilarious! Wiz Khalifa is a cannabis advocate and heavy weed smoker as well all know. He took a highly public baseball event to further let the world know, too! All pun intended…

Wiz’s hometown team, the Pittsburgh Pirates, was playing against the Baltimore Orioles and he was honored to throw the first pitch. As he did, not only was he wearing a “Legalize It” shirt, but he also made the hand gesture of hitting a blunt right before he threw the pitch. Wiz was also seen smoking joints while watching the game as well. All in good fun and good vibes, of course..

Well, the MLB apparently did NOT like this. They released a statement reminding the world that the MLB doesn’t condone marijuana in its sports league, at all, referring to it as an “unfortunate situation.” I think they should ease up a bit, maybe smoke one themselves, HA!

In due time, cannabis will boost the economy in every industry in this country when it finally becomes legal. Thank You, Wiz for being yourself, stirring the pot and keeping it real! 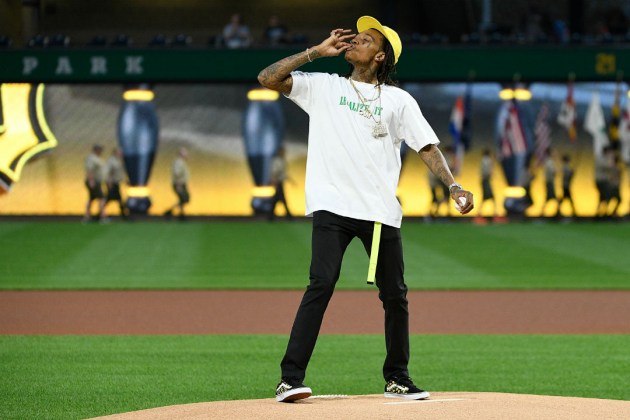