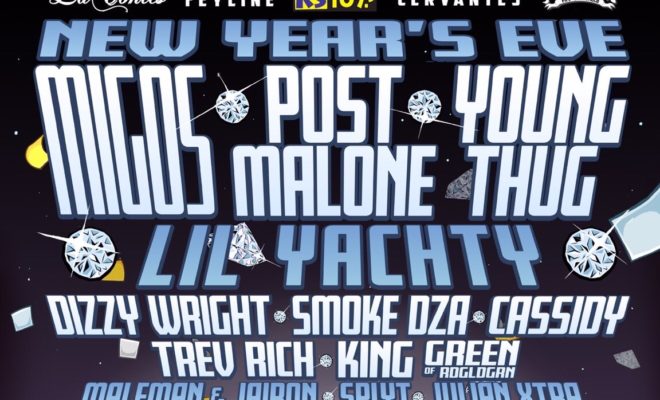 New Year’s Eve is going all the way up this year in Denver! Originally at Red Rocks and now at Magness Arena, Cervantes, KS 107.5, LaContes, and more bring you one oft the biggest shows of the year!

Migos are certainly on top of the game right now and they’re headlining the show! Also performing is going to be Young Thug, Post Malone, Dizzy Wright, Smoke DZA, Lil Yachty, Cassidy, King of RDGLDGRN, Denver’s Trev Rich, Maleman & Jairon, Splyt and Julian Xtra. It’s also said that’s there’s a celebrity guest coming through for the countdown and I heard it may be a Denver Broncos Superstar!

Tickets are still available at a fat $175 and also a VIP option is available for $350. This is one of the biggest parties of the year and this lineup is pretty official. 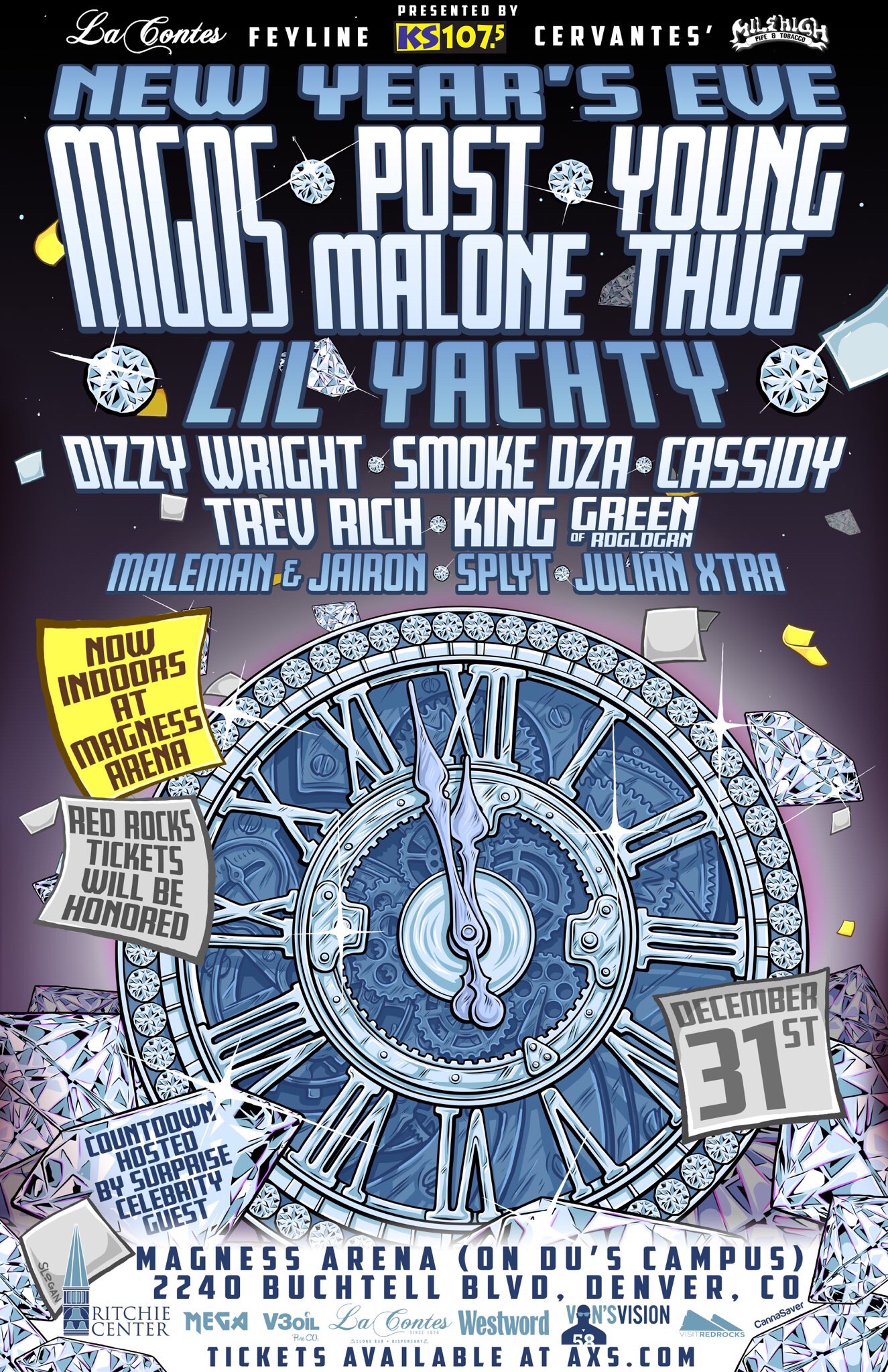