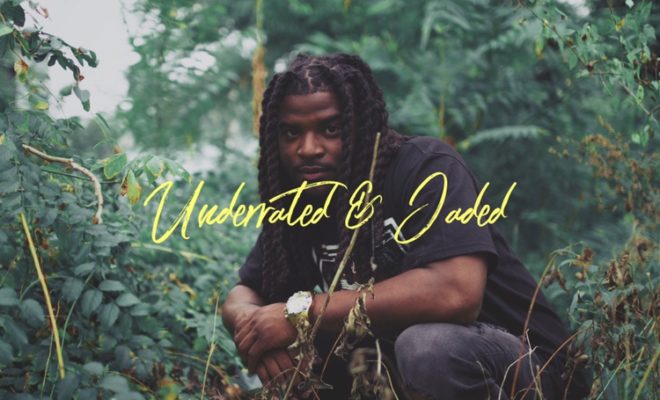 Virginia recording artist Duce Banx is coming off a 10 year hiatus with a very heartfelt body of work, “Underrated & Jaded“. After taking so much time away from music, Banx is ready to share his new perspectives with 12 tracks that help to shape where he is currently along his musical journey.

Over the years, Banx has gathered new experiences that translate through is new music, and listeners can take fancy in how polished his album is with heavy hitting tracks like “Man In The City,” “Keep It True,” & “Humble King to Humble Beast”.

Underrated & Jaded is the first piece of work I put together, and I did it all myself. There’s no features, I picked all my own beats, and just bet on myself. I said I just wanted to be myself and be real. I tried to put together in a way that when you listen you feel every emotion… or at least the ones I felt when I was writing. -Duce Banx

Treat yourself to Duce Banx and his latest sounds, and keep it locked as he’ll be pumping out new visuals and content to accompany his album reintroduction, soon.