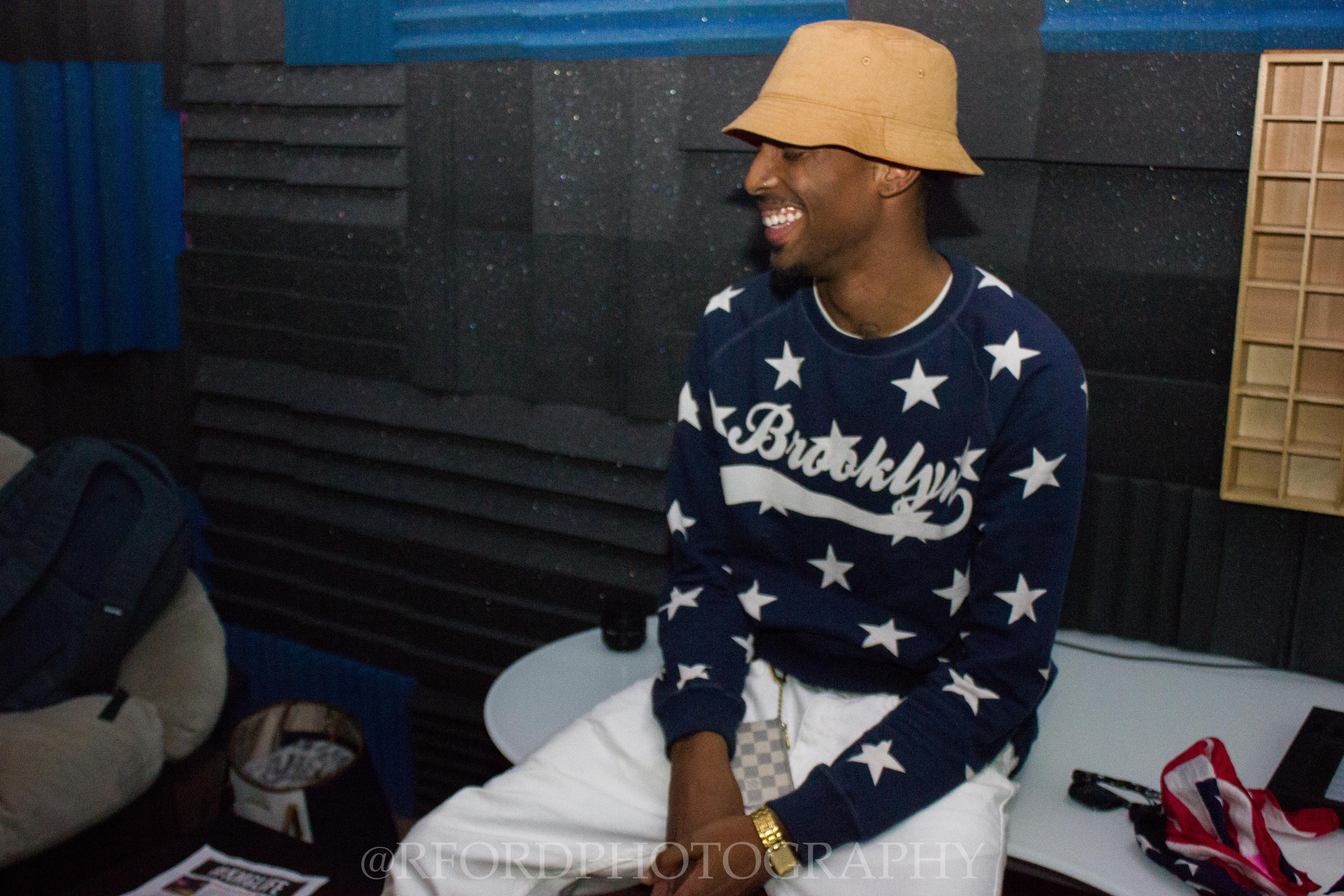 If you don’t know who upcoming artist Pries is, you will very soon. Pries’ most recent project titled American Fairytale takes you inside the life of the artist as he paints his fans a vivid picture with his abstract lyrics.

From his lyrics, to his art, to his fashion sense (shout out to his stylist!), Pries style is everything but traditional. When I asked exactly who Le’Pries Brooks is he referred to himself as “Musically Awkward,” he said “Music looks like art to me.” He likes to refer to himself as an artist and not so much a rapper.

He definitely put his artistic ability on display with this beautifully crafted album, which drops 2/22/15.

“There is a happily ever after in the hood,” was his response when I asked him about the message he was trying to convey threw American Fairytale. “I get to wake up and do what I love,” And it hasn’t always been like that for him. Pries, 24,  shows strength, gratitude and wisdom. It’s all reflected through his music.

This will probably be one of my favorite interviews. Pries was real and inviting, at the same time. “The real” isn’t always inviting, though. Sometimes the rawness of it is too much for most so they tend to stray away. I was intrigued by the story he was sharing. He talked to us about how he battled a rough childhood as well as homelessness and during the time he was talking he was also smiling. He is not a victim of circumstance, he hasn’t let where he came from determine where he is going in life and I respect that. He understands that had it not been for those experiences in his life he wouldn’t be the man he is today.

I asked Pries if he had any regrets in pursing this career and surprisingly he said “Yes, because I’m lonely.” (There’s that realness I was talking about). “I don’t have time (for persona l),If I spend 5 minutes to deal with her, that’s 5 minutes I just wasted. I could’ve used that time to make some money.”

Go ahead and think about all the time you’ve wasted on somebody, I’ll wait…

I’m a very harsh critic when it comes to Hip-hop artists. I appreciate where hip-hop came from and I enjoy an artist who’s music reminds me of the history of it. When you use hip-hop to relate to the rest of the world, to tell a REAL story, when your music contains substance I am an automatic fan.

This album will make his existing fans and supporters proud as well as erase the doubt within the negative spectators. Be sure to get your copy of American Fairytale 2/22/15!