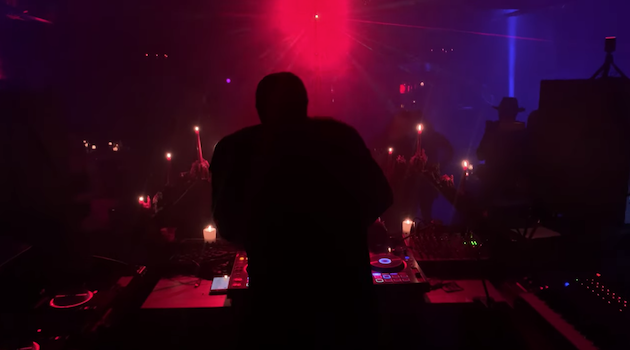 With aims to appease his rapidly growing cult of devoted witchhouse fans, EDM Producer/DJ Fhedesh returns with a cryptic visual for his blood thirsty listeners.

Inspired by vampirism, wild sexuality and the exploration of creative expression, Fhedesh has drawn from various forms of the ancient practice to find his own experimental sound.

“This song is more of my sound, the last song was one that I creatively wanted to get out, but this one leads along the lines of more witchhouse music, a sound that I’ve really been pushing here in LA,” Fhedesh said.

Providing the musical backdrop for those inclined towards dark forms of expression and creativity like vampirism, Fhedesh has found his niche but the listener base is growing rapidly with fans from EDM, Rock and Hip-Hop all taking note of his experimental musical style.

In the visual Fhedesh performs his song “Night Sermon” for a group of his closest friends and fans. Lit by candles and clouded by various visual effects Fhedesh proves once again that his music sets an unprecedented vibe, that’s unlikely to be duplicated by any artist in this era of music.

“After dark people feel more free to explore their mischievous desires, freeing themselves from the weight of their day and routine. I would like to think my music plays a role in freeing people by providing a melodious, yet dark and aggressive musical backdrop for their experience.”