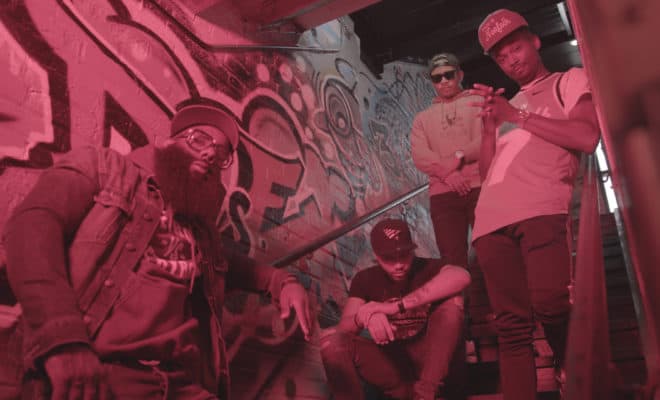 Filmed across inner-city Detroit, MI, by Director Paul Fant Jr, ‘Culture Tour’ finds five MC’s paying homage to what has become one of the most in-demand artist platforms in the country, The RelCarter Culture Tour.
The featured MC’s hail from Detroit (Pariis Noel, Lorenzo Burez), Baltimore (Whyteboy Frazier,Breezay), and Virginia Beach (Amir Driver). Each delivers powerful, candid performances that detail their experiences on the road during the first and second legs of the 35 city touring platform.

The ‘Culture Tour’ single is a product of the “No Handouts” compilation album created and executive produced by Rel Carter and distributed under Equity Distribution. The album was created across the span of three full-day recording sessions in Atlanta, Georgia and features artists from around the country selected by Carter during various tour stops.
The single and official video is currently available across all digital streaming platforms.

The Rel Carter Culture Tour was launched in October of 2017 and has traveled to over 35 cities around the country providing workshops, studio programming and industry guidance for developing creatives. Rel Carter is Director of A&R at Roc Nation, Co-Founder of Solo Funds, Host of The Dusse FridayPodcast and nephew of rap mogul Shawn (Jay-Z) Carter.