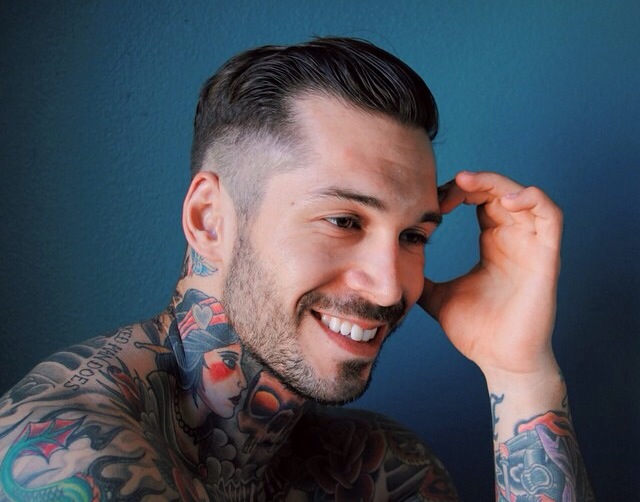 Babe Of The Week- Alex Minsky

Alex Minsky has an amazing story. He is far more than a model, but modeling is a great part of his present journey. Alex is a retired Marine Cpl. and has also received the Purple Heart Award. While on his first tour in Afghanistan, a terrible accident occurred and Alex his bottom right leg. For a lot of people this could be a reason to give up and to lay down- Alex has done the opposite. He was told by doctors that his life would “never be same,” and they were right. Currently, Alex is one of the top underwear models in the world! He is handsome in every sense of the word- tattoos and all! His portfolio speaks for itself and the work is GREAT! He was quoted to say that he never “in a million years” thought he would become a model but the job suites him very well. Check out more of his work and follow his rising modeling career HERE!