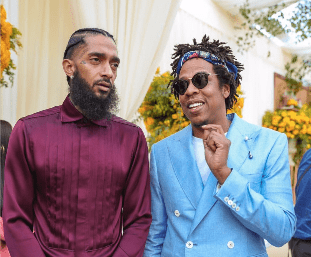 A Jay-Z and Nipsey Hussle Collab Is Coming Soon!

This is basically a dream come true!

The soundtrack tracklist for the upcoming film, Judas and The Black Messiah: You Can Kill A Revolutionary But You Can’t Kill The Revolution, has been making it’s rounds and guys, we have a Nipsey and Hova track on the way! The movie follows the life and death of Black Panther leader Fred Hampton.

The song is titled “What It Feels Like.’ We aren’t sure when this was recorded but either way it’s so dope and exciting. Along with those 2 greats, the soundtrack also feature a slew of other dope artists including Rakim, A$AP Rocky, H.E.R., Dom Kennedy, Black Thought and many more. This might be soundtrack of the year!

The film and soundtrack are set to release Feb. 12th. The movie will hit theaters and HBO Max.