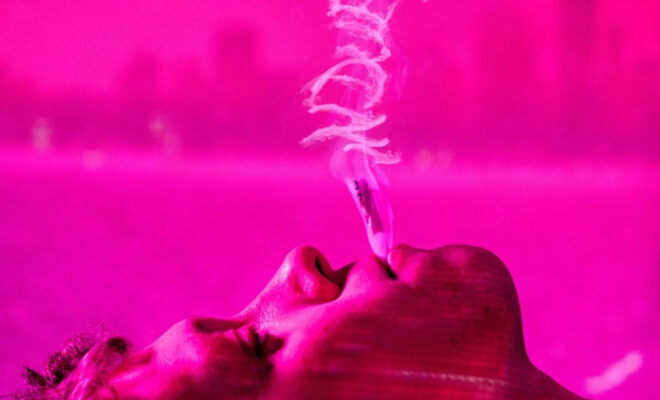 Recently Columbus native and Ohio word spitter, Cap City Kid delivered his new projectIn Due Time.  Fans of the 26 year-old talent have been waiting patiently for this new release that shows this highly capable wordsmith in his best light, displaying maturity and growth in his music with each release.

Consolidated into five new songs for fans, In Due Time is a coming of age project that gives fans something to latch on to as Cap City Kid prepares to hit fans relentlessly with more music.

“It’s been a little bit since I released music, all 2019 I had done this thing where I was putting out a song a week. Just kind of because I could and because I was just trying to build my catalog.  Since then I’ve been working on a lot of music especially all of last year going to the top of this year. Really I got multiple albums worth of stuff, but I really just wanted to get a project out there,” Cap City Kid explained.

“This is just like a little appetizer almost because the rest of the year we have multiple projects planned, multiple releases, singles more like EPs and full length albums. I just wanted to get something out there, you know, that was a small, but like good compilation music. A couple of different sounds on there for people to digest and just kind of a set up for the rest of the year. I didn’t want to start too crazy with a full length album or anything. But I just wanted to come with some good music that I could preface the rest of the year with and reach out to the fans.”

Pieced together with producers from across the internet, Cap City Kid has been locked in with lesser known up-and-coming producers after having worked with big artists like DJ Mustard on more recent projects.

“Sometimes if a random producer sends me beats whether they got my email through social media or whatever, I’m always going through those and just listening because you never know what you’re going to find. I find music from the dopest and most obscure random places. So it was crazy. A lot of the producers that I worked with on this project are still on their own come-up just like I am, which honestly makes it even doper,” Cap City Kid said.

“Cause once this project prospers and we get it to the place we want to get it. It’s a win for both of us and advances us both further in our careers. So lately I’ve been working with smaller ones, man. I’ve gotten to work with big producers in the past. I’ve been fortunate to work with DJ mustard on my last project which was crazy. And obviously he’s a whole other level of super producer at this point in the rap game, but this was just something different and still very special without the big names.

Remaining true to the city that gave him his name, Cap City Kid is forever thankful to be able to draw fans from the adjacent Ohio State University and the community that surrounds him in Columbus.

“I always say it’s a blessing and a curse being in Columbus. I say it’s a blessing because there hasn’t been a major artist really yet to come out of Columbus, so there’s got to be someone that’s finally going to break through at some point. And why can’t it be me? And it’s also a curse because no one has broken out of Columbus. So there’s no like alpha that came out of the city, that people can follow that same path or you know, be a mentor throughout this journey,” Cap City Kid said.

“At the same time, it’s also a dope city because there’s a lot of young people – we got to OSU right down the street, you know, it’s one of the biggest campuses in the country and the world.  It’s absolutely nuts, so the resources are like everywhere, man, you got 80,000 students here and pretty much my target audience already as it is right now.  There’s a lot of dope venues in Columbus, there’s a lot to take advantage of and there’s also a lot of dope artists in Columbus that just like me, I feel like haven’t gotten the proper recognition. So I’m hoping this project sheds some light on the city.”