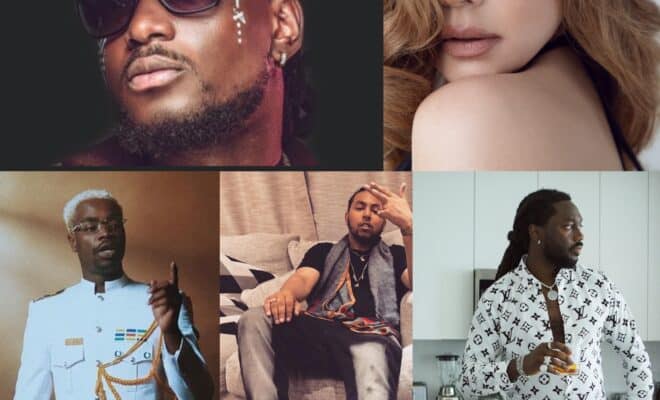 All eyes are set on what is shaping up to be, The album of all Season- “Miungu Ya Muziki” (meaning Music Gods in Swali, Africa). This 20-track international album is produced by U.S. base marketing guru, Michael “Beatbopper” Hudgins. He is one of Billboard’s most recent plaque bearer for his dynamic role in placing reggae album “Tropical House Cruises to Jamaica: The Reggae Collector’s Edition” to Billboard’s status.

“Well, to say the least, this is one of the most exciting project I have witnessed in recent times. It (Miungu Ya Muziki) has so much potential, diversity, and international flavor. It’s definitely going to be a huge success. Hudgins is barely scraping the surface of a gold mine.” – Jamaica’s entertainment publicist, Eugene Pitter, twice Most Outstanding journalist in the Caribbean

The album has captured two of Africa’s most popular acts- Epixode “Killa” (who headlines the album) and Darkovibes “One Time”, both with a musical punch to attract Ghana’s 30 million fans. Darkovibes, only recently received a full-page feature in Jamaica’s top entertainment paper, The Jamaica Observer, owned by hotelier, Gordon Butch Stewart, one of the most powerful businessman in the Caribbean. Jamaica’s reggae icons, Bounty Killer and Spragga Benz- no strangers to multiple international awards, brings over 30 years of dancehall memories to the album while others wearing the green, gold, and black reggae stripes include Third World Don. Maestro Don, Kabaka Pyramid and Lahjihkal.

The album is vastly becoming the talk on the streets in Jamaica which has produced the likes of Bob Marley, Shaggy, Sean Paul. Buju Banton, Chronixx, Beenie Man and Koffee-the youngest to win a reggae Grammy award. All eyes and ears are set on” Miungu Ya Muziki” so stay tuned…