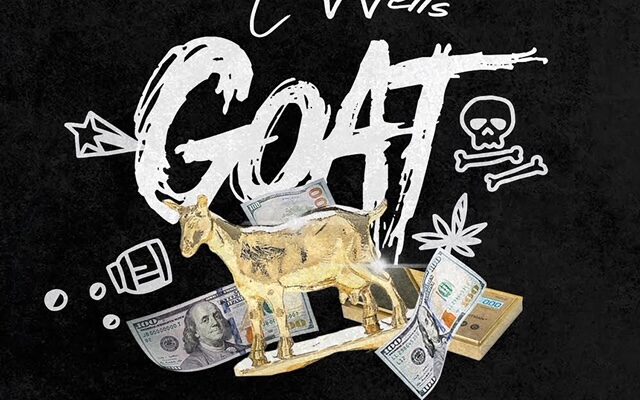 C Wells, a well-known Massachusetts rapper with crafty rhymes and undeniable charisma, is ready to ascend to Hip Hop’s god-level. Today, he displays a glimpse of the future possibility with the release of his new song, titled “GOAT.” “I needed to prove something,” Wells explains. “Not to anyone else but to myself that’s why a few of the lines I speak on are about paths friends went down, things I put myself through to stay on track, & bad habits because life could’ve went in a whole complete different direction but I’m still here.”

Produced by KCG Beats, “GOAT” is Wells at his finest, lyrically. No hook, just bars, the rising star executes witty punchlines, catchy flow and huge potential. “GOAT” is the perfect origin point for any newfound fan as it’s C Wells’s most important track yet.

“Before I recorded this song I was ready to quit rapping. Not because I didn’t feel like I was good enough but I just wasn’t enjoying the great things I was making happen for myself, I just wasn’t happy but after a well-needed trip to LA I locked back in the studio & was reminded again what I do this for.”

C Wells is previously known for his breakout mixtape, Before The Tour Bus hosted by Don Cannon. Before The Tour Bus was the tape that caught the attention of the Massachusetts scene having names like Dave East & G Herbo featured on the track-list. “GOAT” is a lead-up single to a forthcoming project for Wells, slated for late-2021 release on its own imprint. Before the album, follow C Wells on social media for daily updates and more. Stream “GOAT” now.