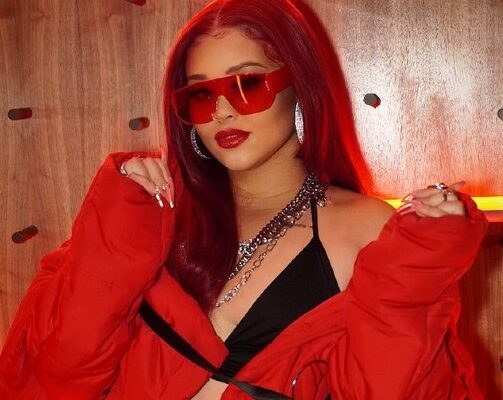 R&B Artist Maddie The Baddie Makes An Impact With “Fast”

FUTURISTIC AND EXPLOSIVE are the adjectives being used to best describe rising R&B star Maddie The Baddie. She is being touted as “The New Princess of R&B” by many music industry insiders. She’s the voice of Generation NEXT! Maddie The Baddie is a R&B/Pop Tour De Force. She combines an immense amount of raw talent and amazing showmanship. Her range, delivery, and electrifying presence draws comparisons to none other than pop star “Rihanna.” Her influences include Mariah Carey, Alicia Keys, and current artists such as jhene Aiko, H.E.R, and Doja Cat.

Moreover, Maddie’s sound is cutting edge and original. She is developing a solid fan base from coast to coast and internationally. There’s a lot of vision behind her music. She’s about motivating people to be positive and to do what is in their hearts. This young R&B phenom is being showered with praises, and admiration for her diverse style and captivating image. The dynamic singer spins stories of love, lessons learned, conflict and resolution.

Equally important, Maddie The Baddie has rolled out a big regional hit with his sizzling single, “Fast.” The record has catapulted her on to the radar and it’s making noise at college stations and mixshows nationwide. In addition, the visual for the song is exciting and colorful. Maddie’s distinct voice and eclectic sound make her a rare commodity on the independent music landscape. Follow her on Twitter @officialmaddiethebaddie