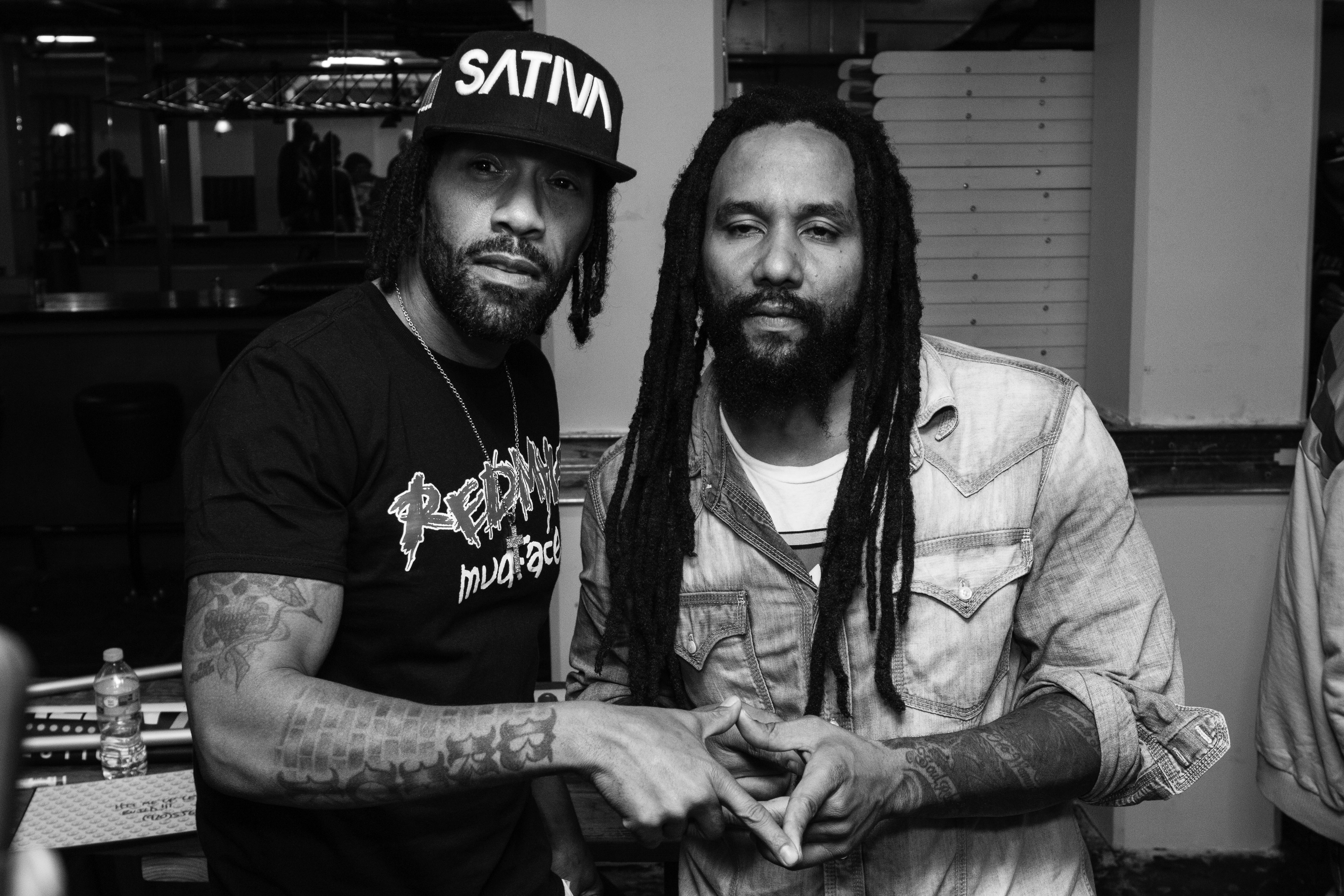 One of the coldest nights of the month and it stopped nobody from attending the Three A Light Book Launch party at City Hall in Denver. The line-up for the night was a sure thing with Redman, Ky-Mani Marley and one of Denver’s favorite DJs, MU$A. Along with a stellar line-up, Illegal Pete’s provided a taco bar- it was a win across the board!

Arriving to the venue, along with Redman and Reed (Ink Monstr), we pulled in the back alley. We didn’t know exactly where to stop but it was hard to figure out when we heard the music pounding from the back door in the middle of the alley. We were quickly greeted by the organizers of the event and the author of Three A Light, Joshua Haupt. The vibes were good, everyone was excited and the night was feeling GREAT! We headed downstairs into the greenroom where the interviews, photos, and all that fun stuff took place. I, ready to enjoy myself,  grabbed a bottle of Hennessy and headed into the venue to see friends and catch Ky-Mani’s set.

Ky-Mani was amazing, hands down! How could he not be? He’s the son of the late-great Bob Marley. The entire stage was set with a full band and Ky-Mani front and center. The vibes were so, SO good. I walked around the venue and ran into friends as Ky-Mani sang his father’s hit “Is This Love.” The venue was packed, couples were dancing and I just smiled my way through the crowds as Ky-Mani sang from his soul and set the tone. Before Redman was to make his way to the stage, Denver’s MU$A blessed the crowd with a dope set, per usual. The crowd was getting thicker…

I made my way, with my bottle of Hennessy, to the stage to watch Redman’s set from there. My photographer for the night, Brien Hollowell, was already on deck and snapping photos from all the right spots. DJ Dice was getting the crowd ready. I stood on the back side of the stage and as Redman made his way up the ramp and on to the stage, the crowd went nuts! THIS is exactly one of my favorite moments about watching a show from the stage- when the headliner HITS the stage! Redman started his set with “ERRYBODY SCREAM” off the BLACKOUT 2 album. He performed his latest single off his Mudface album, “Dopeman.” The crowd was jumping, screaming and having a blast, “Ya’ll ready to act a fool with Redman tonight,” he yelled to the crowd. The set moved into the 90’s hits with “Time 4 Sun Aksion,” “How To Roll A Blunt,” and “Tonights Da Night.” Reed (Ink Monstr) had brought a box FULL of Redman shirts and stickers to giveaway to the crowd. As the box got emptied and the crowd got free stuff, Redman took that few minutes to address the crowd and show his support for the Three A Light book. Everyone knows what a huge advocate he is in the cannabis industry so it’s safe to say he knows what he’s talking about! The show was coming to an end but not before a performance of “Da Rockwilder!” Of course, Method Man wasn’t there but Red had the crowd go ahead and rap Mef’s verse on the song. It may have been all the weed, but the crowd was a little weak performing Mef’s verse, but I will say it was fun, especially with that bottle of Hennessy I was still sipping on! HA!

Redman thanked the crowd for rocking with and told them to be on the look out for his upcoming “Muddy Waters 2” album as well as the “Blackout 3″ album from him and Method Man. The show was great! The entire staff of organizers, all the people involved and attending were amazing! Make sure you get hip to the Three A Light book and let your friends know, too! #RedmanApproved

Check out the photos from the night below…