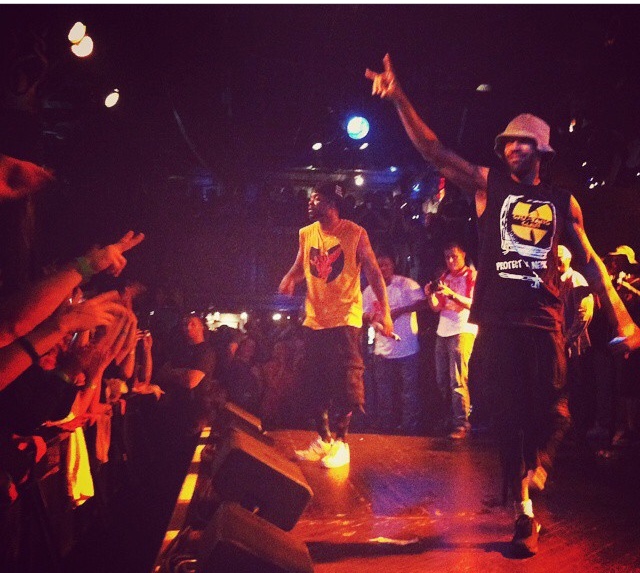 Redman & Method Man Brought All The Energy At Boston Show

The Smokers Club Tour has officially kicked off! The tour features Mick Jenkins, Berner, Trademark Da Skydiver, B-Real and, of course, hip-hop’s best duo- Redman and Method Man. The 35 city tour will go until November 26th, 2014. If you have a chance to catch the show in your city, be sure to do it!

This was the first show I’ve seen in Boston, MA but not my first Redman and Method Man show. I was curious to see the venue (Paradise Rock Club), the crowd, hear the sound system and feel out the energy during the show. I was not let down one bit. I arrived at the venue for sound check and as Dj Dice and Mathematics did their usual routine and set-up, I knew the show was going to be off the hook! Sound check was proper and details were being taken care of.

The openers warmed the crowd up and did their thing. I especially enjoyed Mick Jenkins set. B-Real brought that old school flavor performing classic Cypress Hill songs. His energy was up and it added even more to growing anticipation for the headliners.

Once that moment came, Redman and Method Man took the stage and the crowd went crazy! The duo came out performing the high energy track “Errybody Scream” off the Blackout! 2 album. The sold out show was in full effect! With Method Man at one side of the stage, Redman would come to he opposite side and that end of the crowd would just scream! These guys know how to give that energy back and turn it up even higher! Another banger from the duo, “City Lights,” kept the show turned up and the fans were beyond happy. Everyone seemed to be rapping along to the lyrics- jumping, dancing and hyped beyond words! They performed another hit off of Blackout! 2, “Ayo,” before getting into the classics. That’s when we got that 90’s flavor with “Time 4 Sum Aksion,” “M-E-T-H-O-D Man,” “Bring The Pain,” and “Ill Bee Dat.”

If you are within the first 10 rows of a Redman and Method Man concert, understand you will get water thrown on you! This only adds to the high energy of the show! As the duo spits their lyrics and jump around on the stage, they tend to wild out with the waters bottles and splash the crowd as the swing the bottles around till their empty. Method took the time to pay respect to Boston’s sports teams and hit the crowd with this line, ” Boston- I like your weed, but I LOVE your style!”

One of the best parts of a live show is when the Djs get to show out! That’s exactly what happened! DJ Dice and Mathematics went in showing off their turn table skills and of course the crowd loved it. Then there was a honorable tribute to ODB as “Shimmy Shimmy Ya” dropped and the crowd spit every word.

The show got even more live when “Da Rockwilder” dropped and there wasn’t a person in the venue not jumping! It was crazy! Method Man then did his signature “walk on the crowd” as concert goers hold up his feet while he walks and then hits the stance and throws the “WuTang” up! The crowd goes crazy for this and nobody does it better than Big MEF!

All in all, Redman and Method brought the energy and Boston gave it right back! The show was dope! The Smoker Club Tour is something hip-hop fans look forward to every year but I think Redman and Method Man bring a vibe to a live show that most can’t- not even these young, upcoming rappers! If you can catch the show, be sure to do it! Purchase tickets HERE! 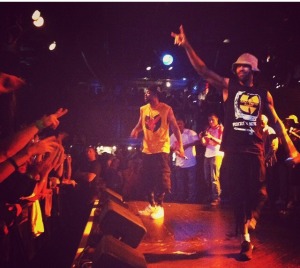