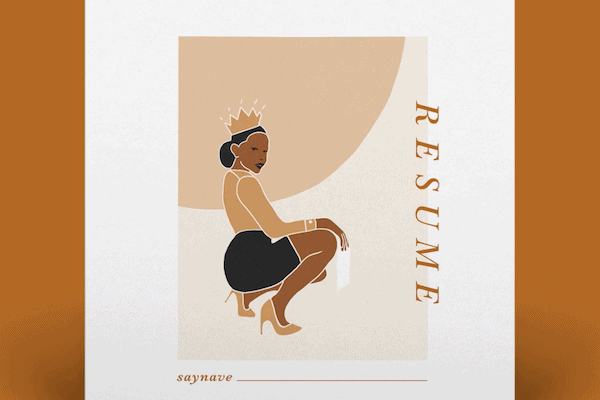 Today Rapper/Producer Saynave delivers the audio to his new single “Resume,” which is the first single from his yet to be titled project.

The Philadelphia-based, New Jersey-born, artist, hopes to bring back both the depth and complexities of the East Coast boom-bap era and the energy and attitude of the new generation of rappers.

Saynave is bringing in a new chapter to his music career by working with Wealth Nation Entertainment. Saynave has released singles, videos and projects previously under the former stage name of N.ave. Extended Plays under the N.ave moniker and he released,  Black Professional (2017) and Black Magic (2018). Saynave’s first release under the name was a hard hitting EP titled Youngboy Bangerz.

After previously delivering the singles “French Toast,” and “Smart Girl,” this young Philly upstart hopes to build on his previous successful EP Youngboy Bangers which he put together with the help of producer Noshadow.

The project will be released with Sony Music Ent./Orchard/Wealth Nation