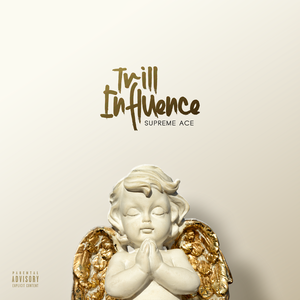 The Fly District’s very own Supreme Ace had blessed us with another gem! Trill Influence dropped and premiered on HotNewHipHop.com and is already gotten thousands of plays with an 83% rating!

The 11 track mixtape has a lot of dope features including Pac Div, Dizzy Wright, Sy Ari Da Kid, Fly Union, Two 9 and more. The project showcases Ace’s versatile skills as an emcee and how easily he can flow with any collaboration. In edition to featured artists, Trill Influence has some seasoned producers as well. Check the sounds from Taylor Gang’s Sledgren and RMB Justize, Ceej, and 30 Roc of Mike Will Made-It’s production team (The Drumatics).

The official Release Party is going down November 5th in Denver, CO! With performances from Supreme Ace and Fly District affiliates Romeo Cash, Solo Young and Turna. If you’re in the Denver area, be there!