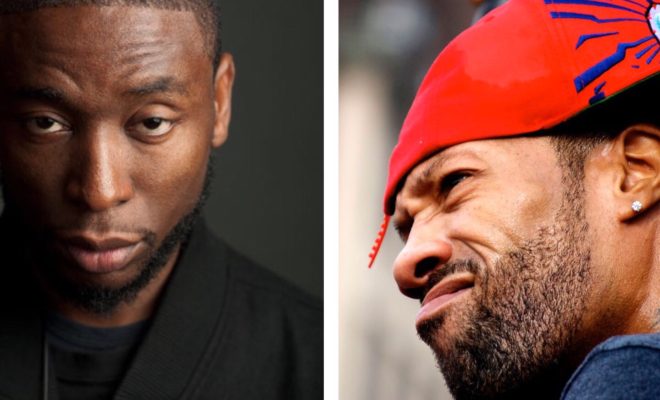 This would be so dope!

Last week, 9the one and only producer 9th Wonder was on Twitter and revealed what artist he would love to make a project with and that artist would be Redman! Redman is a good friend of mine and the thought of this joint project seems like a win-win!

As soon as I saw the tweet, I took a screenshot and texted it to Doc (Redman)! He needed to see this immediately! He texted me right back thanking me for sending it over and said that they were supposed to have been working on something together. I told him “Make it happen,” with sincere encouragement. Doc said he would hit up 9th Wonder, I was ecstatic at the thought of this coming to fruition.

I’ve know Doc a long time and there’s a few reasons why I think this project would be incredible for both. Doc is always 150% involved with his music production and of course writing his lyrics. 9th Wonder is one of the most talented and HIP-HOP producers in the game- he is amazing! To me, this project would be dope for Doc to be able to focus less on the music production and more on writing and being the emcee we have loved for over 20 years. Also, this project would give 9th Wonder the opportunity to really create and produce music focused around one of the best emcees of the Golden Era. This is a NO BRAINER!

Will this happen? We don’t know. Should it happen? Absolutely! Hip-Hop lives on forever through joint projects like this! Fingers crossed this happens!