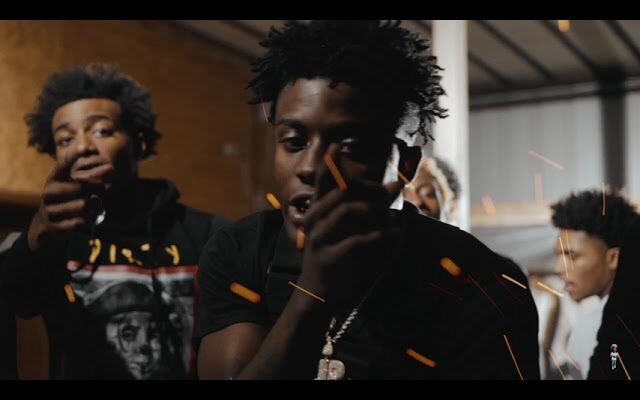 Texas is slowly — but surely — returning to the forefront of music in 2021.

DJ Chose over there is making some of the biggest songs of the year with southern a-listers, like Megan Thee Stallion, Gucci Mane and Yung Bleu. Now, the Houston hit-making producer makes a trip up north Texas to link up with fast-rising Dallas recording artist 2G.Kaash for their buzzing new collaboration, titled “Walk Down” with accompanying music video.

Over Chose’s production, 2G.Kaash displays his trendsetting street appeal, aggression and magnetic charisma while he raps about taking it to the opps. In the Visualz By Dee-directed, Kaash and the crew storm through the scene and make an example of a non-believer. 2G.Kaash is a 2021 artist-to-watch and “Walk Down” is a must-see.

Before, “Walk Down,” 2G.Kaash ascended to early fame with his breakout single “Nobody Love.” Early 2021, the rising star was dressed with controversy following an alledge murder charge that was soon reversed to “self-defense” and him free of all pending charges by a jury of his peers. Along with “Nobody Love” and “Walk Down,” 2G.Kaash include four solid EPs with the latest 11-song project, On The Rise. As his buzz spread broader by the day and all the negative publicity behind him, for 2G.Kaash, he’s ascent to mainstream superstardom is inevitable.

While “Walk Down” climbs, 2G.Kaash promises more new music with the preparation of a full-length debut album, expected late-2021/early-2022. Watch the new collaboration between 2G.Kaash and DJ Chose below. Stream “Walk Down” on all DSPs via Up1ent/Legna Ent/Starting Five.