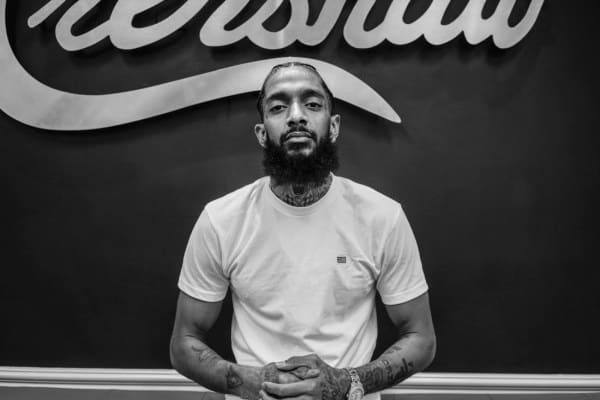 [VIDEO] Get Inspired and Ride Through LA With Nipsey

This project came out so beautiful. To celebrate the 10 year anniversary of Nipsey Hussle releasing ‘The Marathon’ album the estate gave us a a super dope visual that premiered live on YouTube last night.

In the visual, you see bird eye views of Los Angeles and the cameras roll in on a Mercedes Benz (like Nipsey drove) and follows the Benz all over the city to different significant locations that not only told Nipsey’s story but the making of ‘The Marathon.’

In addition to touring the city with Nip, you also get personal stories and highlights about Nipsey from his closest friends, family and colleagues. Of course his brother Blacc Sam, his father, his sister, his cousin, numerous friends and business partners all talk about who Nipsey was a person, his throught process’ through making this album, his work ethic and the true attributes that made Nipsey such an inspiration to so many.

Nipsey continues to inspire me today. One of my favorite stories on the live visual was one that spoke on Nipsey’s drive for knowledge. If he didn’t know something, he would google, read and research it until he could have a full on conversation about it. According to people close to him, Nipsey was always watching documentaries, Ted Talks, YouTube Tutorials and constantly taking in new information. I love this about his SO much and it inspires me to be the same way.

In case you missed the live event last night, you can now watch it in full on YouTube. Check it out below and see what Nipsey inspires you to do.