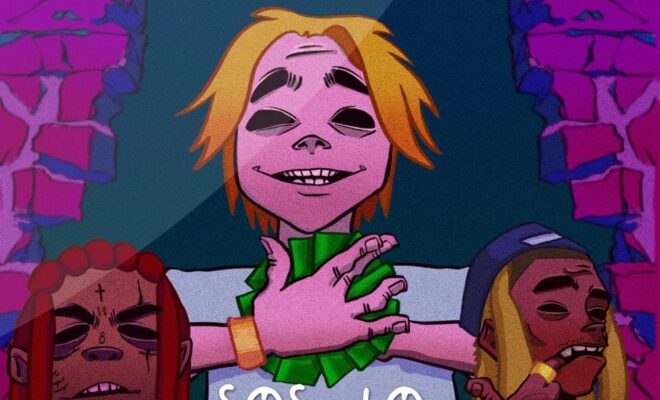 SOS LO, a fast-rising recording artist out of South Carolina, is ready to burst into the mainstream landscape. For his new release, he taps one of the most popular hip-hop stars in Trippie Redd, in a magnetic trap song and visual about showing off, titled “Honoarable Flex.” Stream the new collaboration via Death To Normalcy.

In the Louieknows-directed visual, SOS Lo, Trippie Redd and rising star Chris King are the new Mystery Inc as they explore a haunted house, finding more than what they bargined for. Rapping about living the young, wild and free lifestyle as money comes pouring in, the trio are surrounded by beautiful women and unhappy ghosts. Unfazed, the chemistry among the group is undeniable as they show of the blue faces and recognize that SOS Lo is the next big thing coming out of the same region that has given us superstars like DaBaby, Renni Rucci, J.Cole and Rapsody in recent years.

The single is a follow-up to SOS Lo’s duo of hot releases, “Free Lo” and “Cross My Mind.” “Honorable Flex” has achieved over one million streams since its release early 2021. The new single is produced by AP for the Ap Factor and Abraham Poythress. As the visual rises to triple digitals, SOS Lo preps his forthcoming project, expected late-2021 on DTN.

Take a look at SOS Lo’s new visual below.