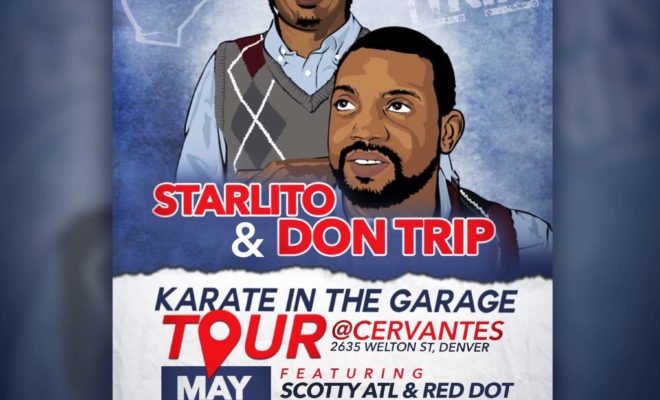 The Karate in The Garage Tour is coming to Denver! The tour is starring Don Trip, Starlito, Scotty ATL and Red Dot. On and independent tour run, these artists have brought the energy night after night in what will be an over 30 show tour when finished!

Don Trip and Starlito just recently released their third joint project titled Step Brothers 3. As for Scotty ATL, his most recent projects have pushed him to be recognized by the SEEA Awards as Mixtape Artist of The Year! Scotty ATL’s Who Shot Cupid, Smokin’ On My Own Strain and Daily Bread projects are all available on iTunes! 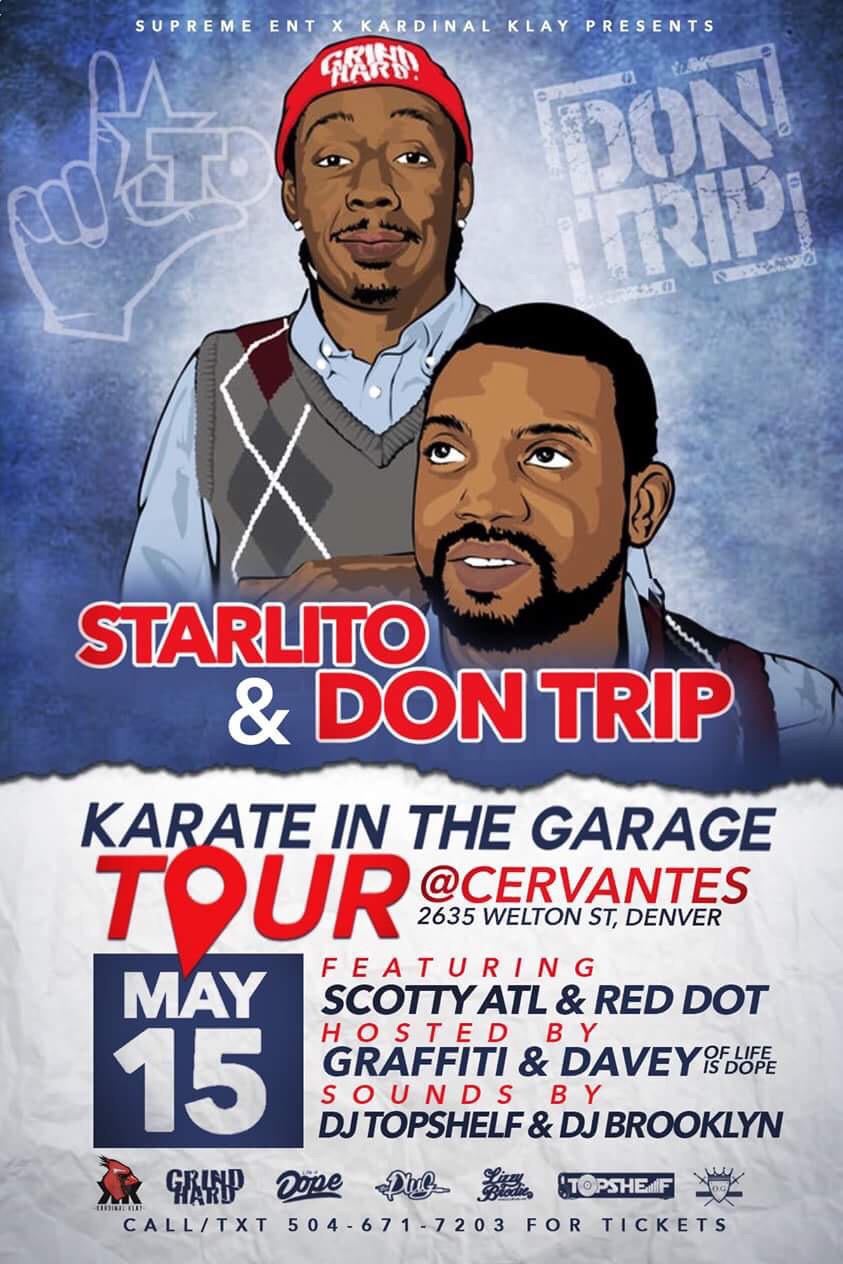