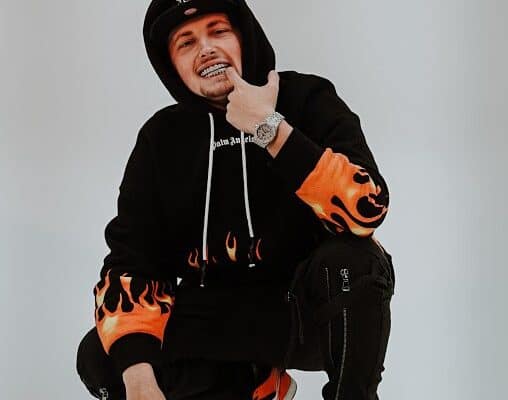 Benny Euro Is Heating Up The Streets

Hip Hop is an international phenomena. Hip Hop is life, power, and expression. Hip Hop transcends race, class and cultures. It has been the voice for those who have been marginalized and oppressed. Rap juggernaut Benny Euro is a trendsetting rap artist with an international appeal. He is originally from Bosnia and he delivers vivid rhymes and smooth flows. His skillful wordplay and witty metaphors paint precise pictures. And Benny’s cadence and penmanship are top-notch. The rapper shows off a complete package of artistry.

Benny Euro’s unique selling proposition is that he is one of the few rappers in the game from Bosnia. However, he grew up in Kentucky. Hence, he has been influenced by many Southern rappers. Moreover, Benny Euro has put his stamp on the independent rap game with his laid-back confidence. It’s only a matter of time before his fearless, authentic sound makes an impact internationally. The explosive wordsmith has an incredible work ethic. “I strongly believe you can do and be whatever you want to in life if you set your mind to,” raves the rapper.

Up to now, Benny Euro has been releasing a slew of incredible singles. However, he is currently in the studio recording songs for his upcoming debut EP. According to Benny, people can expect realness and diversity on the project. He puts a lot of heart and soul into his music. His fans respect the fact that he is raw and authentic. Benny Euro is currently heating up the streets with the visual to his single “Tick Challenge.” He also collaborated with rapper BIG30 for the song “EUROS & 30’S.” The visual to that release was well received on Youtube. Benny Euro is the next to blow!