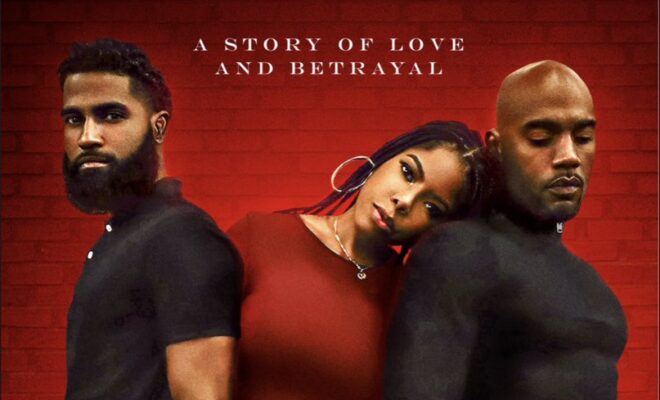 Juju C. Stars in He Said She Said, Helmed by Dennis Reed II

Detroit filmmaker Dennis Reed II is well on his way to building a formidable empire without boundaries. Coming off successful releases like First Lady, First Lady 2 and Indictment: Who Is Jonathan Carter?, the ambitious author / director / producer is celebrating the release of his latest film He Said She Said, which premiered on Tubi here https://tubitv.com/movies/578199/he-said-she-said March 5, 2021 via Reed’s own DRII Productions and Homestead Entertainment. The official soundtrack is also available now on all digital platforms here: https://smarturl.it/HSSSsoundtrack

Adapted from Dennis Reed II’s original stage play, He Said She Said takes us on a questionably romantic ride, where true love can’t necessarily stop the pursuit of outside entanglements. The rom-com stars cast members from the original play, Lemastor Spratling and Velda Hunter; along with Juju Castaneda, known best for her appearance in VH1’s Love & Hip Hop New York; and actors including Chris Flannogan, Mena Monroe, and Kaamel a.k.a. Diezel, who have all had roles in Reed’s films thus far.

“My team and I had the opportunity to build rapport with Dennis Reed before officially meeting the cast, and that was the first step towards my enthusiasm to join the movie,” Juju says of the experience. “The vision for the movie and relatability of the message made me eager to be a part of it. What I enjoyed most was the opportunity to really dial in to my first leading role, which I am grateful for! The cast was amazing! You would think we all knew each other prior to meeting – we formed such a tight bond on and off set. I’m ready for part two – wink, wink!”

Reed echoes the sentiment of the bond created through filming He Said She Said, and the way people will be able to universally relate to the story. “If you’ve ever been in love and hurt, this is the movie for you. Working with this cast was dope. In most of my movies we end up being family through the process, but with this cast, Lemastor and Velda were there, and the two of them were in the play, so this is really our baby. It was like a family reunion. We never wanted the day to end, because we were having so much fun!”

Being a triple threat isn’t easy, but Dennis Reed II definitely makes it look like a breeze, as he is currently also preparing the release of First Lady 3, the third installment of his successful franchise starring Nicole “Hoopz” Alexander, rap mogul Jim Jones and more. Reed’s other projects include True Law starring Lemastor Spratling and Black Noah, as well as the eight-episode series I Declare War, which also stars Lemastor Spratling and can currently be seen on Amazon Prime and Tubi.

“This is what I love most, other than my family,” Reed expresses. “If you said ‘would you do this for free?’ I’d say ‘Yes’, because I had projects that didn’t make a dime. But now it’s all coming together, so I am doing everything I can to be the best to ever do this.”

He Said She Said Synopsis
Sequoia is a nationally renowned art director who has done everything to be number one in her man Kenyon’s life. Ken is a reformed player – or at least that’s his goal. No matter how hard he tries, he keeps getting drawn into a web of women from his past – and some who want to be his future. Sequoia’s best friend Nika has been trying to tell her to move on for years. With his friend Colin encouraging his doggish ways, Ken finds it hard to stay true to the woman that captured his heart. Will his determination prevail?