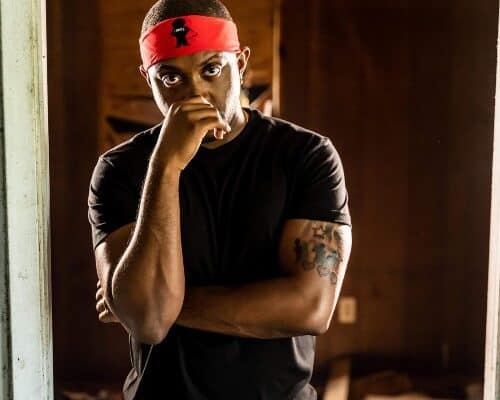 Rapper Jones Serenades The Ladies with The Radio Friendly “Mamacita”

Rising Hip Hop artist Jones is creating a huge movement one fan at a time. He creates musical murals with his songs. The Texas born; Mississippi raised wordsmith has a mature soul with a contemporary attitude. Jones approaches every note with fearless class. His voice is pure and authentic. The multi-talented rapper is known for his energetic and noteworthy performances. His relentless drive and outgoing personality enabled him to showcase his amazing stage presence at different venues throughout Mississippi. He has opened for such stars as Kevin Gates, the late Shawty Lo, and Juvenile.

Jones has carved out a distinct sound, which is devoid of pretension, yet rich in insight, loyalty and family. His music is fun, upbeat and family friendly. He puts his heart and soul into every track. His flow, delivery and cadence are all top notch. Using his conceptual word play and dynamic rhyme schemes, Jones is changing the game and paving the way for a new era of clean-cut Hip-Hop artists. He is no stranger to life’s hard lessons, which has taught him to be triumphant when obstacles are placed in his path. He has beaten the odds and he has prevailed.

Equally important, Jones started his music career professionally in 2015. He released a few projects, such as an EP titled “Nice to Meet You” and an album called “Unexpected” in 2016. After a brief hiatus from the music game, he revived his career by dropping the “Radio Reject” EP in 2018. Moreover, in 2019 Jones put out his full-length album “The Peer Pressure Project,” which was met with much fanfare. The album charted on 6 charts on the Billboard Charts. This is a feat that very few independent artists have accomplished. Jones demonstrates his expressive storytelling ability, unforgettable melodies and tantalizing vocals on his new song, “Mamacita.” The radio friendly single is sure to appeal to fans of Hip Hop music around the globe.