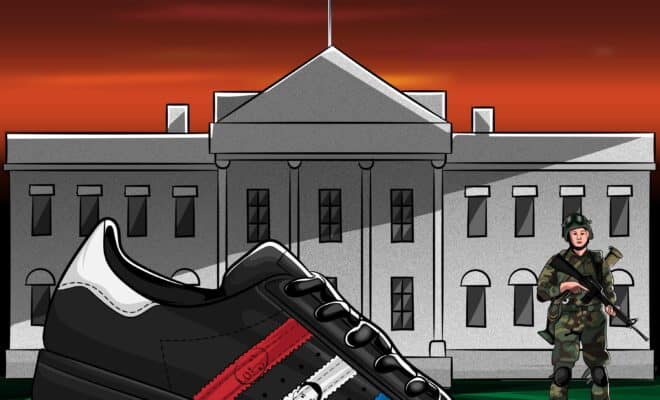 Boston area recording artist Whitey drops his latest single “Can’t Be Free’ featuing Damu and Ecay Uno. The track is set to a Chakra beat that features a Bass line and guitar riff that is sure to get the people moving. The song is about the state of America today. From covid to Trump and lock downs to race riots against police brutality and a class divide that unprecedented America has been boiling for some time. Topics like this are often skipped over by a popular culture world to busy rapping about WAP and Lean parties. We yell about it on the news and print it on NBA courts but too often the Art doesn’t reflect. The song has apparently ruffled a few feathers already with its release being delayed on iTunes despite having no reason other than it is counter to the mainstream way of thinking.

Damu kicks the record off hard speaking bars on his past, his current and the way he feels today as a black man in America. The San Diego BRIM shows his talent for effortlessly riding a beat from rap to singing in the same verse. His lyrics are always on topic and seem so real because they aren’t made up stories but events from the man’s past. He currently has a single with Twisted Insane “6Nineteen” and an LP with Mitchy Slick “23 Blocks” that are both doing San Diego proud.

The hook is sung by whitey and features a throw back style that is geared to get people from all walks of life vibing together. Although the cover art depicts a scene that some may interpret as a threat to the establishment, the song itself, especially the hook, tells a story of Freedom. The Right of Freedom is common to all Americans. Threats to this freedom can bring people from all walks of life together fighting for a common cause.

Whiteys verse is more of a rock song than a rap verse the. The artist rides the beat as he sings a tale about his experience getting to the moment he is at now. He speaks on his connecting with god and having that guide him to where he is now. Again the song strikes a taboo of today by bringing god into the song in a positive way. Whitey’s verse, as usual, will be the source of some love and some hate.

To close the song out is longtime Neighborhood Crip Ecay Uno. The West Coast rapper and producer was paralayzed years ago in a shooting. The man found a way to continue to make an impact on both the music and people of his community even with his new adversity. The OG tells the story of his life over 16 bars that will hopefully inspire change.

The song features cuts by Boston area DJ T Doe Ahson. It was mixed and mastered by Joey Benjamins of LoudDope Entertainment in Belmont, Ma. Available everywhere via AMW and Empire Distribution.