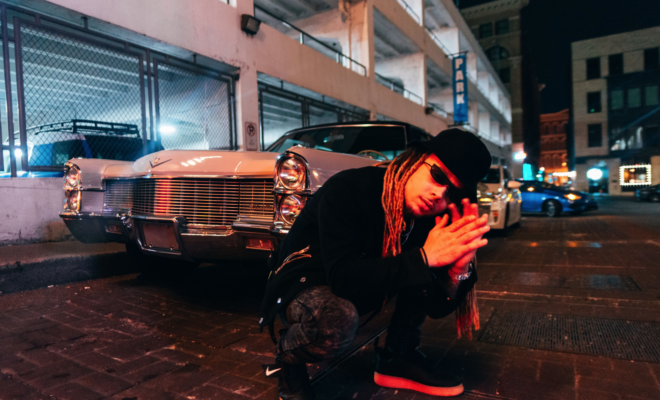 Today Antidote Music artist Fresco drops the video for his song “Vibe Foreal” Ft. Roze. With dosed up verses from both Fresco and Roze, the duo drip line after line over buoyant production that will have the fans “geekin” just like the song says.

While Fresco was always into rap music, he got his first taste of superstardom sneaking into the backstage area at the Rolling Loud Festival in 2016. Fresco ended up meeting the who’s who of popular artists like Post Malone and Lil Uzi Vert spawning his desire to take his raps seriously. Since that experience in 2016 Fresco has made incredible strides, working with a host of artists including Gunna and the highly accomplished and talented producer Bandplay, who exclusively produced Key Glock and Young Dolph’s recent Dum and Dummer project

“I’m giving you my sound and I’m giving you my all on my records,” Fresco said “We had some people that came up out of Nashville but the game wasn’t really passed down to a lot of the other people, so I’ve been learning as I go just like everyone else. Out here it’s like everyone is racing to get there first trying to make it, so its def competitive. At the end of the day, Nashville is still figuring it out it’s sound, but I think I got some great records that the fans are really going to love.”

Developing a plan and slowing growing his brand with a website and merchandise Fresco has created a structure that has enabled him to develop his fanbase at a rapid pace.

“Its taken time to get this point and we’re still working. You have to have some sort of structure, but you have to have a game plan overall. I haven’t made it and I know that much so far. I’ve watched many interviews and I know you got to have a plan, because most people don’t make it over night. Even one hit wonders have to eventually have a plan and structure, but when it’s time to go it’s time to go and we’re taking off, just watch.”